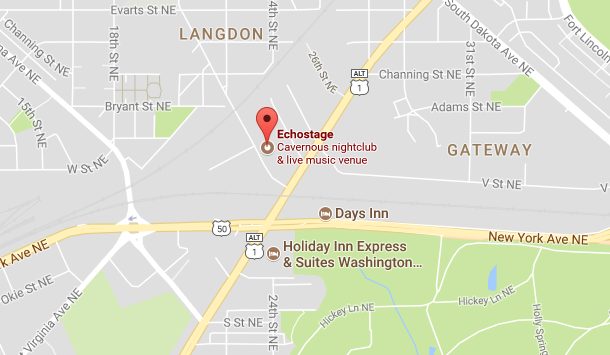 Attack outside Echostage:
Last Sunday morning while leaving EchoStage, my group of friends were attacked by 6 African American men. It was a random act of violence. I took two hits to the head, but my two friends were beat up much worse. This was a terrible event, but when we reported it to a police officer, he threatened to arrest me.

He didn’t believe us, was clearly anti-LGBT and started citing the different amendments we were violating by reporting this. We were clearly injured, but he refused any assistance, then were mocked by him and his fellow officers. Unfortunately, we were unable to get his badge number, but wanted to put this on everyone’s radar.

The police are here to assist and protect the population, but due to this officer’s anti-LGBT mentality and disregard for the situation, our attackers wont be caught. This will continue a cycle where people feel it is within their right to attack others simply because the police will turn a blind eye to it or even join in on the attack of the victims. Be careful everyone.”

more stories
Previous
On the Job: Legal Questions About At-Will Employment
Next
“All of Penn Ave, SE between 2nd and 3rd near Capitol Hill Evacuates”