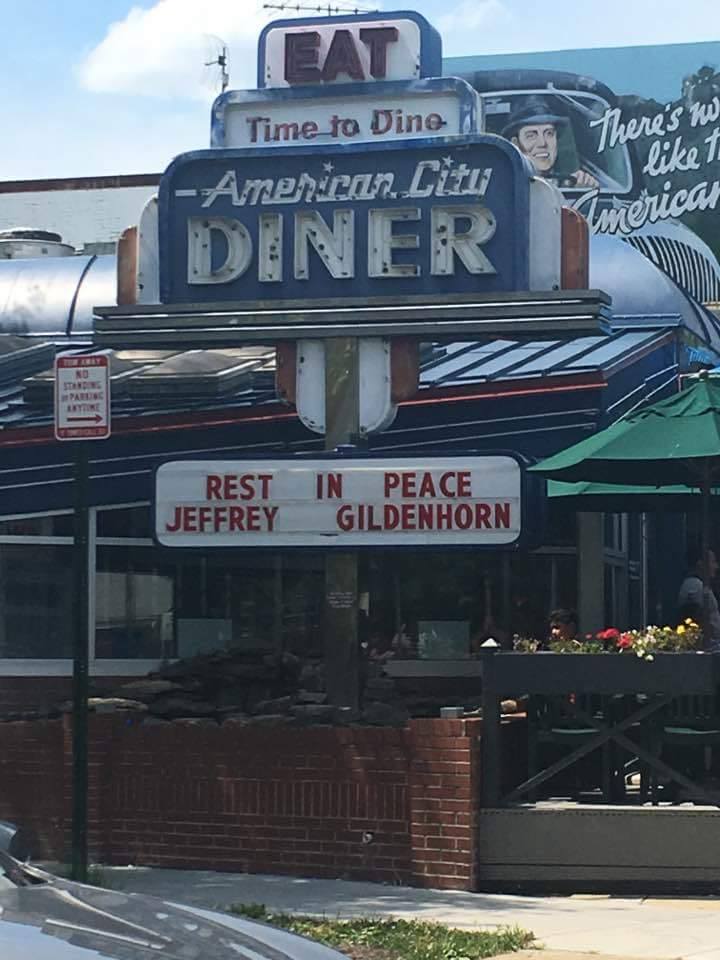 Thanks to all who messaged us yesterday. One reader writes:

“This is big news for us in chevy chase- longtime businessman, mayoral candidate, and restaurateur choked to death at the palm last night. A controversial figure in upper northwest and across the city for decades.”

“A well-known Washington, D.C., restaurateur died after he choked while having dinner at The Palm Wednesday night.

Jeffrey Gildenhorn, the owner of American City Diner in Northwest Washington, was taken to George Washington University Hospital, where he was pronounced dead. Gildenhorn was 74.”