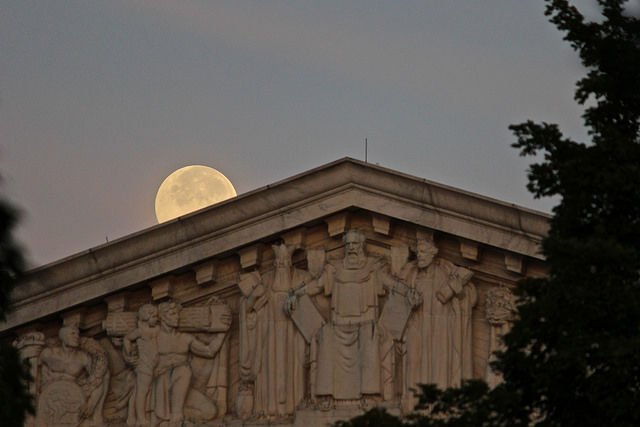 I received a summons for Federal grand jury duty and will know in a few weeks if I’m on a panel. I’ve been trying to find online anything about people’s experiences being on a Federal grand jury in DC, and there isn’t much other than the government’s FAQ page and the like. The summons says this service would “generally” be one day a week for twelve months, then elsewhere says it’s twice a week for eighteen months. Either way, this is kind of a big commitment!

Would you be willing to ask your readers if any have been on a Federal grand jury in DC or at least was summoned for consideration, and if so what their experiences were like, please? I searched the archives and saw a few posts about being summoned a few years ago but not much on outcomes and experiences.”

more stories
Previous
Your Afternoon Animal Fix – AdoPtville
Next
“The Round World is excited to present Tales from the Round World: Calls to the Alien Crime Hotline in response to Donald Trump’s ICE alien crime hotline.”