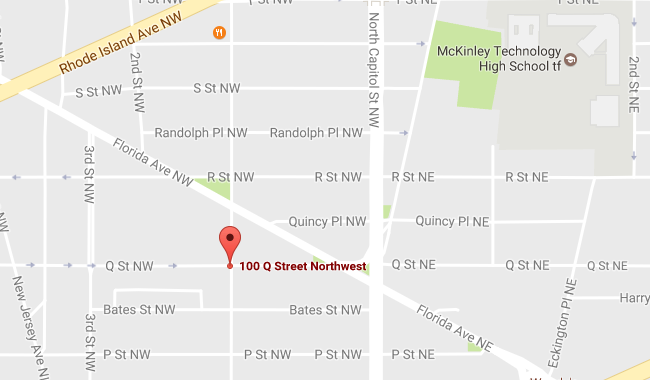 “Detectives from the Metropolitan Police Department’s Homicide Branch are investigating a fatal shooting that occurred in the 100 block of Q Street, Northwest on Saturday, May 27, 2017.
At approximately 1:01 am, members of the Fifth District were alerted to the sound of gunshots. Upon arrival, they located an unconscious adult male suffering from multiple gunshot wounds. DC Fire and EMS responded to the scene and found no signs consistent with life. The victim remained on the scene until transported to the Office of the Chief Medical Examiner.
The decedent has been identified as 32 year-old Algernon Harvey Jones, of Southeast, DC.
After further investigation, officers learned seven additional people, six adult males and one adult female, sustained gunshot wounds. The victims were taken to area hospitals with non-life threatening injuries.
The Metropolitan Police Department seeks the public’s assistance in locating two suspects in this case. Both suspects are described as black males wearing dark clothing. They were last seen fleeing the scene in a black vehicle with tinted windows, heading eastbound on Q Street, Northwest.
The Metropolitan Police Department currently offers a reward of up to $25,000 to anyone that provides information which leads to the arrest and conviction of the person or persons responsible for any homicide committed in the District of Columbia. Anyone with information about this case is asked to call the police at 202-727-9099. Additionally, anonymous information may be submitted to the department’s TEXT TIP LINE by sending a text message to 50411.”

“The Fifth District responded to the 100 blk of Q Street NW for a shooting. Once on scene the officers located a black male unconscious and not breathing. The male was suffering from a gunshot to his head. DCFEMS and EMS responded to the scene and found no signs of life. Four other victims were also located several blocks away with Non-life-threatening gunshot wounds. All four were transported to the hospital. The case is being investigated by Homicide Branch. Any information please contact them directly.”