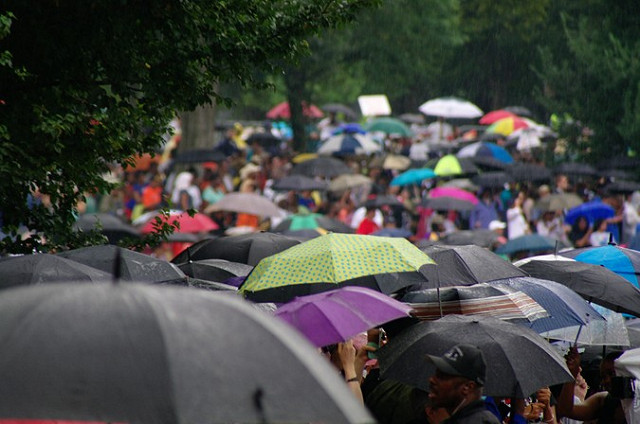 “Due to the forecast of rain tomorrow, there has been a revision to the “no umbrella” policy for tomorrow’s inaugural events. “Totes” style umbrellas that collapse will be allowed on the parade route as well as the National Mall for the inauguration. Long, non-collapsible umbrellas will not be allowed along the route or on the Mall.”