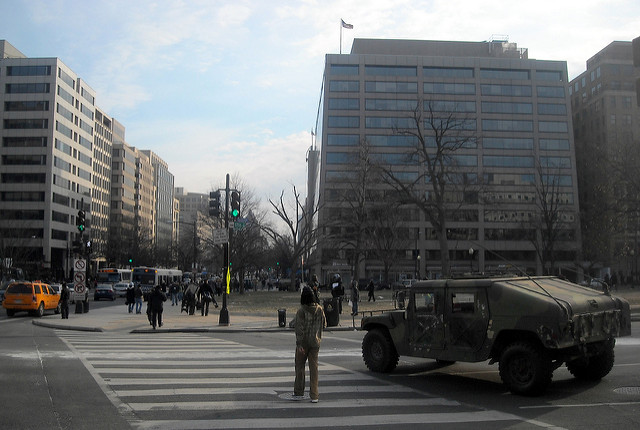 Thanks to a reader for sending from the Washington Post:

“The U.S. Army general who heads the D.C. National Guard and is an integral part of overseeing the inauguration said Friday he has been ordered removed from command effective Jan. 20, 12:01 p.m., just as Donald Trump is sworn in as president.”

“I struggle to understand the benefit of removing a commanding officer while his troops are deployed throughout the District protecting the hundreds of thousands of residents and visitors. This serves only as a distraction to the men and women of the D.C. National Guard as they ramp up their preparations for the Inauguration,” said Councilmember Charles Allen.

In addition to their Inauguration Day deployment, the D.C. National Guard is also tasked to provide additional assistance, if necessary, for the Women’s March on Washington the following day which is anticipated to draw record crowds according to District officials.

Major General Schwartz enlisted in the D.C. National Guard in 1976 and in his four decades of service, has received numerous awards and accolades including the Legion of Merit, the Army Commendation Medal, the Army Achievement Medal, the National Defense Service Medal, and the Armed Forces Service Medal.

“I want to thank Major General Schwartz for his service to the District and to our country. Along with DC HSEMA, MPD and other agencies, I know the D.C. National Guard will do an excellent job and ensure the public’s safety during the Inaugural events,” said Allen.”