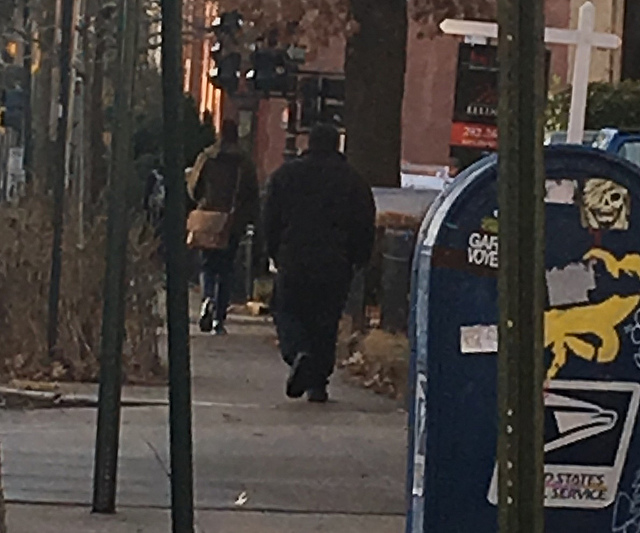 Update on Wednesday’s post “I witnessed what I believe to be a sexual assault at 15th & T Sts NW today at approx 8:30am.” Following is a full release from MPD (and props to MPD who reached out to us immediately to get in touch with the victim and witness):

“Detectives from the Metropolitan Police Department’s Sexual Assault Unit seek the public’s assistance in identifying and locating a suspect in connection with multiple Misdemeanor Sexual Abuse offenses that occurred in the Third District:

The suspect is described as a black male in his 30’s to 50’s, 5’2” to 5’5″ in height, heavy build, dark complexion, and a full trimmed beard. He was wearing a red flannel type shirt. In all three offenses, the suspect approached the victim and groped her against her will.