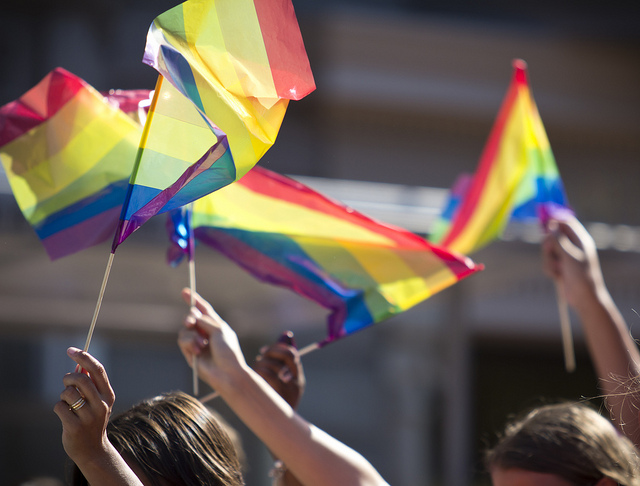 Thanks to all who sent emails about Rainbow flags fly in Pence’s DC neighborhood from The Hill:

VP Elect “Pence is temporarily renting a house in a Northwest Washington, where several of his neighbors have friends who are members of the LGBT community. According to one of the neighbors, they decided a peaceful way to show their disagreement with Pence’s stance on LGBT rights was to hang the pride flag.”

Residents on NW Washington Street where VP Elect Pence is renting a house are sending him a symbolic message. More residents may hang flags pic.twitter.com/fldYsMoP6i