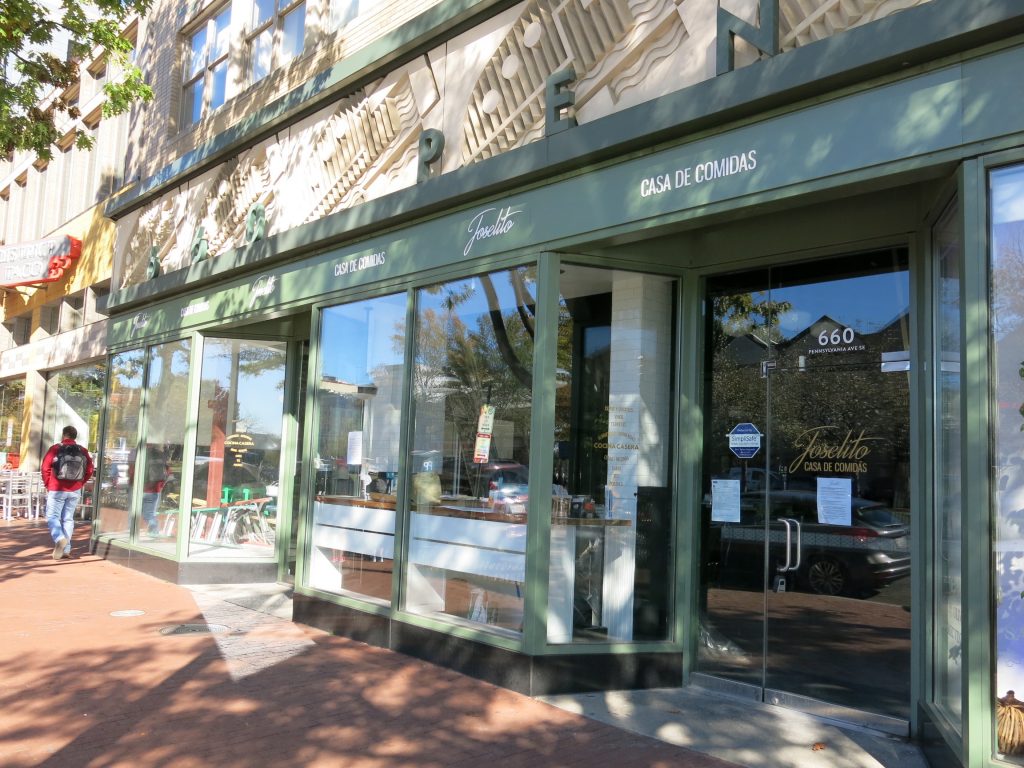 Ed. Note: I’m told soft opening will be around January 6th but that’s not in stone yet, will update when confirmed.

“Javier Candon’s Joselito Casa de Comidas is an intimate 70 seat eatery reminiscent of the timeless establishments found throughout Spain at the turn of the century.

It is an homage to Javier’s late father, Jose, who enjoyed long, leisurely family meals at restaurants that had an “old school” feel and a warm, casual, and inviting ambiance. “Joselito” was Jose’s childhood nickname, as well as the name of one of his favorite bullfighters and a popular child actor in the 50s in Spain.

Our menu features traditional family recipes from Spain, but prepared with the modern techniques of today. Most all dishes on the menu are offered in three sizes—tapa (equivalent to an appetizer size), media ración (entree) and ración (family style portion)—so that guests can craft their own culinary journey.

David Sierra will helm Joselito’s kitchen. He worked with Javier as sous chef at SER, and prior to that he was at Fiola Mare and Taberna del Alabardero. His complete bio is below.

David was born in Madrid and at an early age discovered his passion for the kitchen while cooking with his mother. He studied culinary arts and spent ten years working in Spain alongside renowned chefs and restaurants before making the journey to the United States in 2009.

During his time stateside, David has put his culinary skills to work at several of DC’s most prestigious restaurants, including the classic Spanish restaurant, Taberna del Alabardero, the critically acclaimed Fiola Mare, and most recently, SER Restaurant in Arlington, VA.

At Joselito, David’s creative and imaginative personality comes to life. By recalling the feelings and flavors he experiences in Spain, he applies a unique, modern twist on some of the most traditional and beloved Spanish recipes. He is passionate about serving guests only the best and freshest ingredients that truly showcase the delectable flavors of Spanish cuisine. David believes that the food he prepares is a way of providing guests with a special look into his heritage and the culture that treasures sharing wonderful meals with family and friends.

When David isn’t working, he loves exploring new restaurants, visiting the beautiful Shenandoah Valley, and discovering quiet, serene spots where he can escape from the noise and rigors of city life. He is also is a big fan of rock classics like Queen and Led Zeppelin. Like a true Spaniard, David believes that anytime is a good time to savor a nice glass of red wine with family and friends.”