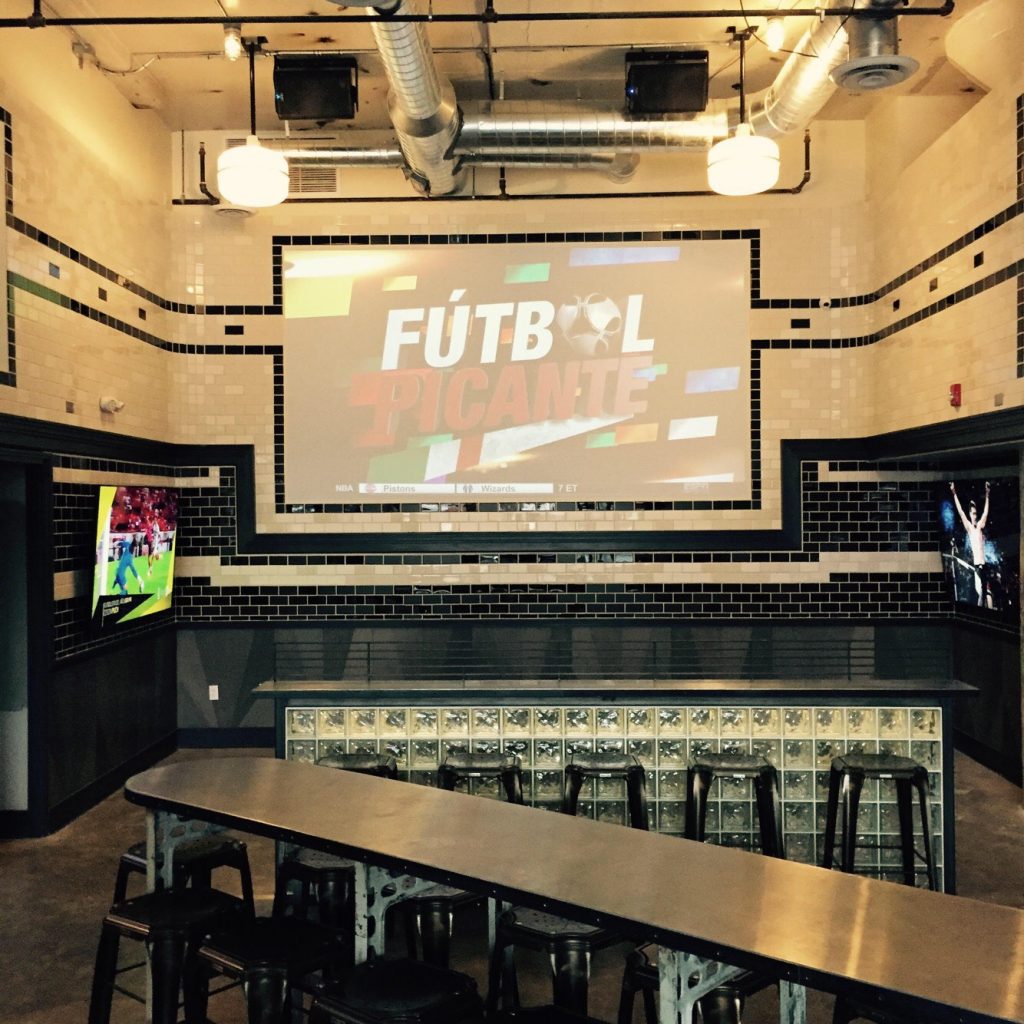 “Dock FC, a soccer-centric sports bar, opens this Friday Dec 16th in the Hecht Warehouse, Northeast DC. Dock FC (Football Club) takes its name from the great powerhouses in international soccer while paying homage to its DC location, the site of the original loading dock of the historic Hecht Warehouse in Ivy City.

“I remember as a kid growing up here in DC wishing there was a place to go watch soccer on the weekends,” Ari Gejdenson, owner of Dock FC and founder of Mindful Restaurant Group, said. “This is going to be a great gathering place to watch a game and have a really communal atmosphere.”
At the age of 16, Gejdenson left his DC home to play soccer professionally abroad, eventually landing in Florence, Italy. There, he transitioned from a soccer career to a restaurant career with his first restaurant, Ari’s Diner. Now 12 years later, inspired by his life-long love for the game and the community and camaraderie that surrounds it, established DC restaurateur Gejdenson hopes for Dock FC to be a special place for his hometown to gather, cheer, and celebrate the world’s most popular game.

Multiple large screen televisions line the tiled walls, and projectors hang from the warehouse style ceiling. A large garage door storefront promises an open outdoor feel come spring. Soccer from around the world will be the focus and always on display, but Dock FC will also be home to fans of all DC sports teams and plans to showcase lesser-known in America but popular international spectator sports such as rugby, cricket, and Aussie rules football.

Kieran Lahmann, beverage director of acclaimed Mindful speakeasy Harold Black, moves to Ivy City to lead the bar program at Dock FC. The beer menu is a carefully selected mix of local breweries and international soccer fan favorites. The bar will also offer a cocktail list inspired by soccer greats such as The ‘Sir Alex,’ an old fashioned made with Scotch named for the legendary Scottish Manchester United manager. A food menu of tacos, ceviche, and grilled guacamole will be provided from the adjoining kitchen of soon to open La Puerta Verde, the third and final Mindful Restaurant to open in the Hecht Warehouse Ivy City.

Read more →
More Stories
“I was shocked by his condescending, curt, and utterly unhelpful non-answer to a question posed to him.”Last Week of $6 Hoagies at Taylor Gourmet