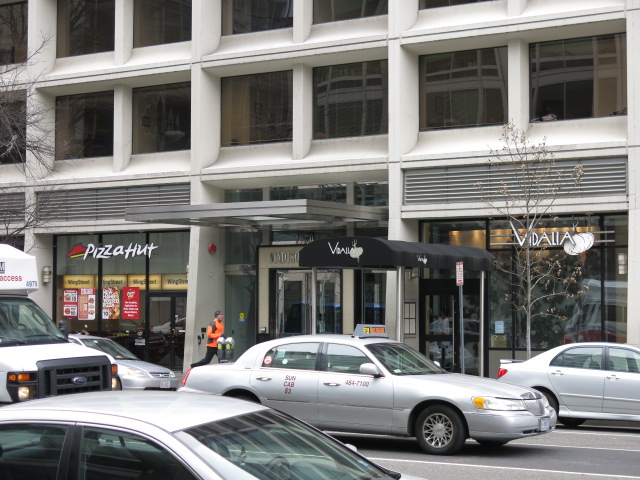 “After more than two decades of serving Southern fare to Washington, Vidalia is closing its doors. Vidalia’s last day of service for lunch and dinner will be Dec. 15.

When Vidalia closes, he’ll be turning over the keys to Hamilton Johnson, his former chef de cuisine. Johnson will turn the space into Honeysuckle…Johnson said Honeysuckle will be an “American regional” spot, with some Southern accents. (expected to open in mid-January)”.

“For over twenty years, Vidalia has garnered both local and national recognition with its modern American cooking delivered with impeccable southern hospitality. From its magnolia walls gracing the entrance to the contemporary wine bar and lounge, the restaurant exudes graciousness and exceptional flavors. James Beard Award Winning Chef, Jeffrey Buben describes Vidalia’s cuisine as regional American infused with a heaping serving of Southern influence. Diners’ favorites include the delicate Crab Cakes, the famous Shrimp and Grits, popular renditions of Veal Sweetbreads and the much anticipated seasonal Baked Vidalia Onion. Each presentation is a complexity of textures and tastes. Frequent menu changes indulge in the myriad of local seasonal market ingredients and regional products. Emphasis is put on pairing hand-crafted wines, beers and spirits to the spectacular cuisine. Enjoy the quintessential American dining experience with a southern accent.”

Next
“Traffic will be clogged like Santa in a narrow chimney. Avoid area!” Thursday