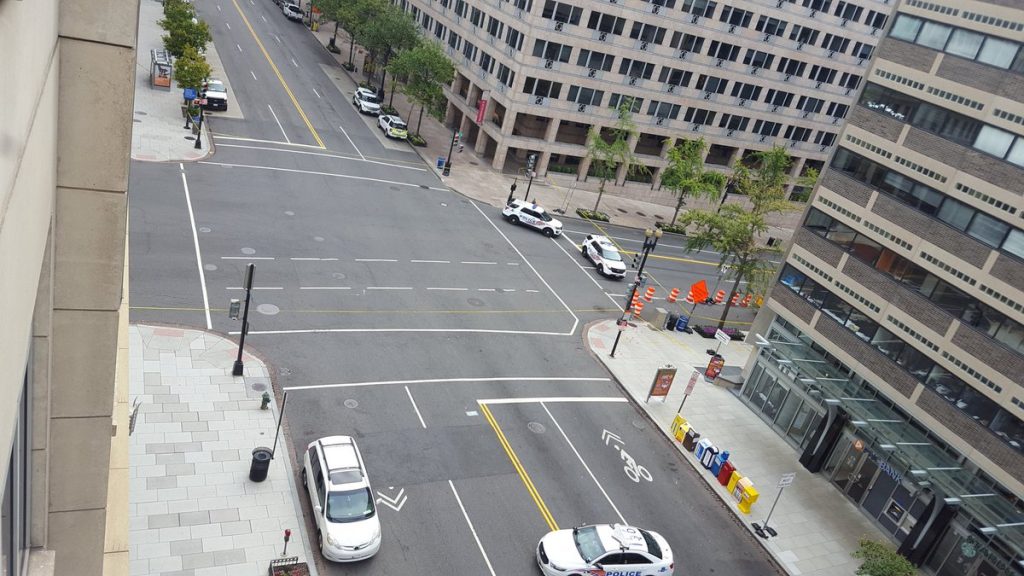 Another reader writes: “Large suspicious package on F Street in front of Press Building. F street has been closed for almost an hour.”

At 9am another reader sent a photo of the scene from 13th and Pennsylvania Ave, NW: 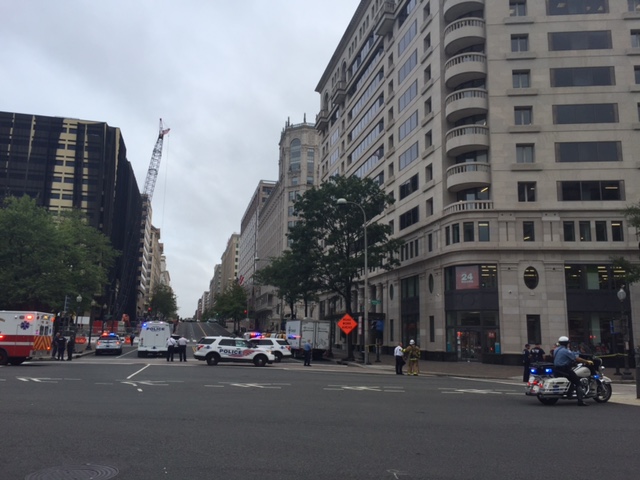 ALERT: MPD called to Warner Theatre on E&13th ST NW for suspicious pkg. We're evacuating adjacent buildings out of an abundance of caution.