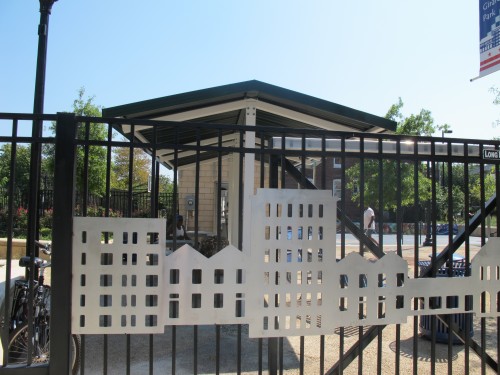 “On Friday, August 26, 2016, at 2:30 p.m., the Third District Crime Suppression Team responded to 14th and Girard Street, NW (Inside the park), in response to numerous drug complaints by concerned citizens. After a brief investigation four adult males were arrested for misdemeanor drug charges. One of the adults males was found to be in possession of a loaded firearm. This adult male was additionally charged with Carrying a Pistol without a License.”