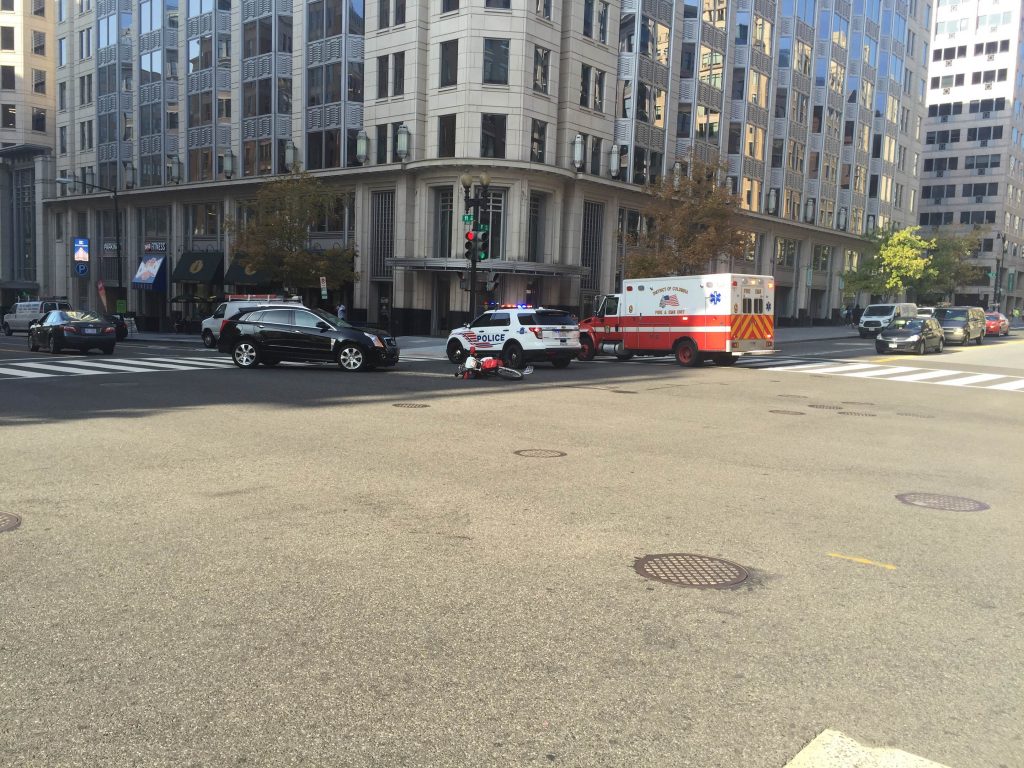 A few readers email and one reader reports:

“On my way to work on my bike this morning a guy on a red dirt bike zoomed around me crossing Independence at 7th St, and I was a little annoyed that he got so close to me as I was also trying to get around a parked truck. About ten minutes later, I got to the intersection of 11th and F NW (around 9:00am) and there were several emergency vehicles. The guy’s bike was laying smashed in the middle of the intersection and an SUV was pretty banged up and missing some pieces off the front end. It looked like possibly the SUV had been making a lefthand turn when it hit him but I’m not sure. Wondering if anyone else might’ve seen what happened. The guy must have already been in the ambulance when I passed by, as I didn’t see him. I think he may have had a helmet on but I don’t remember.

Two things, before everyone jumps on this in the comments: this guy passing me closely doesn’t at all suggest this accident was his fault – I only included that detail because that’s what caused me to take note of him at all; and two, I don’t actually know if his bike is classified as a dirt bike – it looked like one to me, but I think it also may have had a registration plate and could very well have been a street legal motorcycle.”

“a motorcyclist was hit by a car this morning at 11th St and F. DC Fire/EMS and MPD hadn’t yet arrived when I came upon the scene on my way to work, but a number of bystanders had stopped to help the injured motorist, including several construction guys nearby who had put out orange cones to block off the accident area/redirect traffic.”