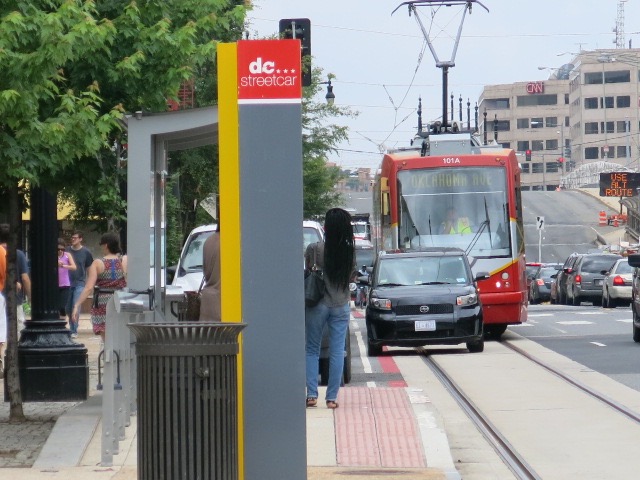 Feels like just yesterday it was ChooChoo7 but it’ll soon be six months!

This announcement comes as the DC Streetcar marks its six-month milestone this weekend, Saturday, August 27. The system began passenger service February 27 with more than 8,100 people joining Mayor Muriel Bowser for the inaugural ride on the new system. The start of passenger service marked the return of streetcars to the District for the first time since 1962.

“With six months of passenger service complete, the streetcar is ready for the next step forward, the launch of Sunday service,” said Mayor Muriel Bowser. “We continue to be impressed by the ridership numbers and look forward to attracting even more people to the H Street/Benning Road corridor each and every day of the week.”

Monthly data shows the streetcar has consistently exceeded ridership projections. In the six months since passenger service began, the streetcar has carried well over 400,000 passengers, stimulating economic development, tourism and general interest along the corridor.

Along with the addition of Sunday service, the DC Streetcar is also reducing headway times on the system from 15 to 12 minutes. The system is also at full strength with all six vehicles now available for passenger service.