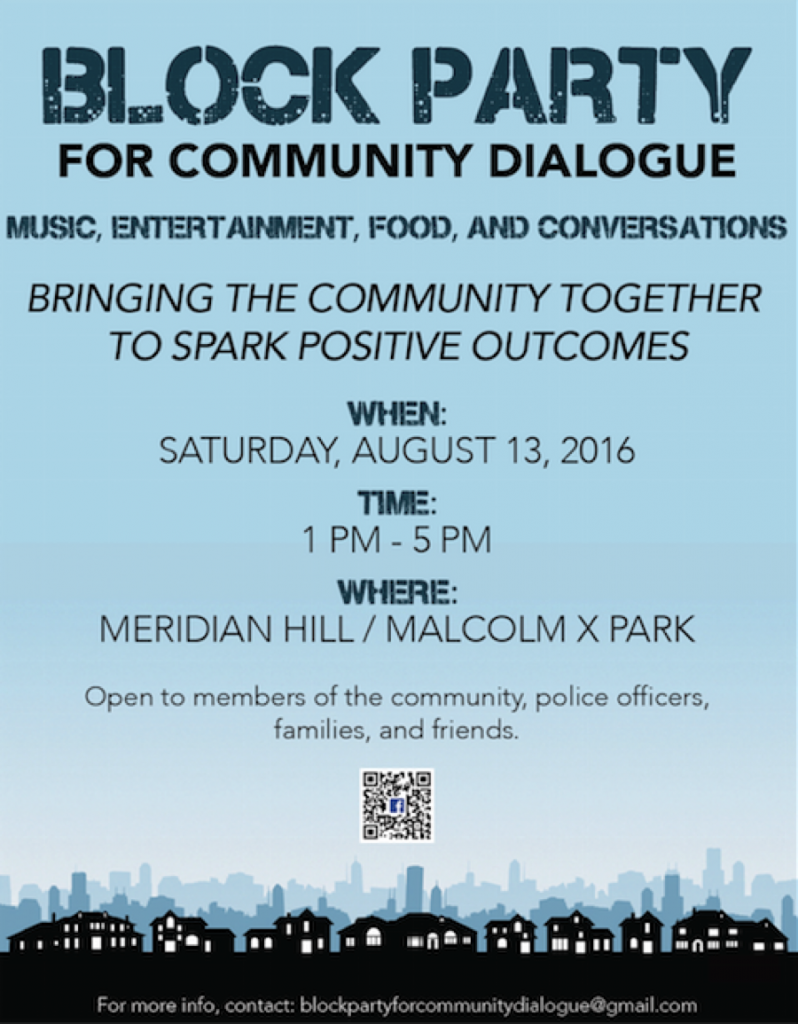 “Let’s change the script that’s happening in the media right now. Let’s start to put an actual plan in to action to prevent more senseless killings and violence.

The purpose of this block party is to facilitate positive communication between the DC community and police officers. We worked with several people that felt the dialogue needed to be guided, at least initially, and so we will be starting the event with a panel discussion. We will also have several people performing during the event to help spark progressive conversation about how to take action.

Below is some more information about how this event started:

Part of the analysis led to the idea that interactions between the police and the black community could be de-escalated if the involved parties knew each other. The purpose of this event is to introduce members of the community to police officers and vice versa. By getting to know each other, the hope is to prevent future incidents from escalating in the manner we’ve seen recently.

While this event is certainly not a long-term solution to the problem, it will be a positive step in the direction of more permanent change.”