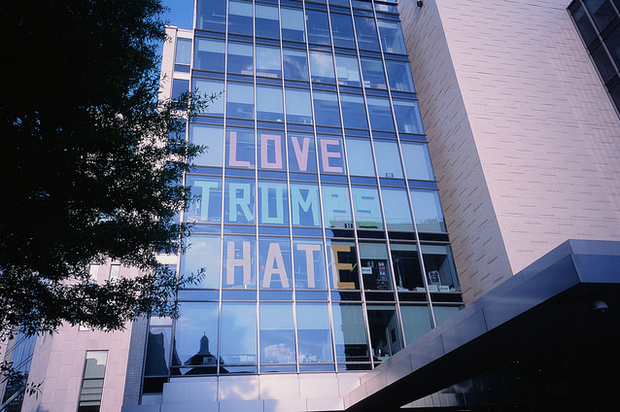 I was attacked by 2 teenagers Monday night in Shaw – both had on backpacks. They were both black and wearing black t shirts. One had grey shorts on and the other had sagging khaki pants. Happened on 13th between T and U.

By the time I could call the police, they’d run off. It took me a second to register what happened. Attack was highly unprovoked- I was looking down at my phone and walking to the gym. Literally hit me out of nowhere. The guy who threw the punch said “what you gonna do about it, white b*tch ass f*ggot?” (I guess he could tell by my demeanor and the neighborhood that I’m gay).

Filed a report today with the MPD’s LGBT unit.

Wanted to let you know so others in the area are aware.

Forgot to mention the cop said it could’ve been something called “the knockout game.” Apparently it’s a new trend/game among teenagers in urban areas to try and knock an unsuspecting bystander unconscious with one sucker punch. I hadn’t heard of it until he mentioned it.”

Read more →
More Stories
Previous PostPhotos from PoPville – How Hot is It?