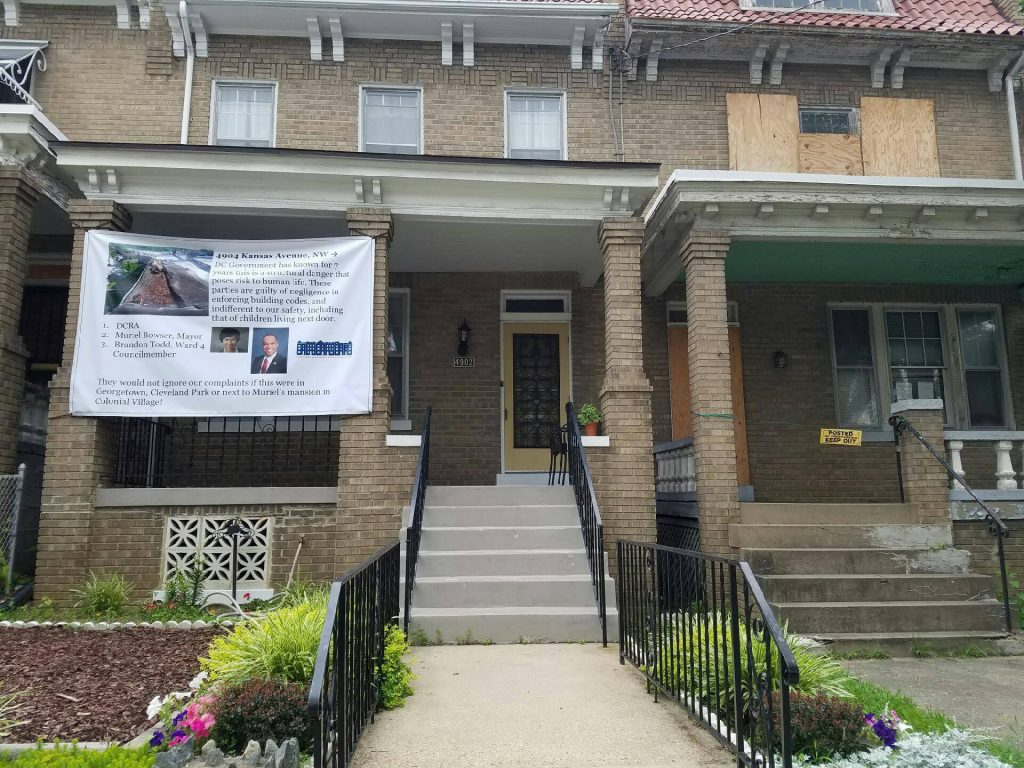 Thanks to all who emailed and tweeted about this sign. 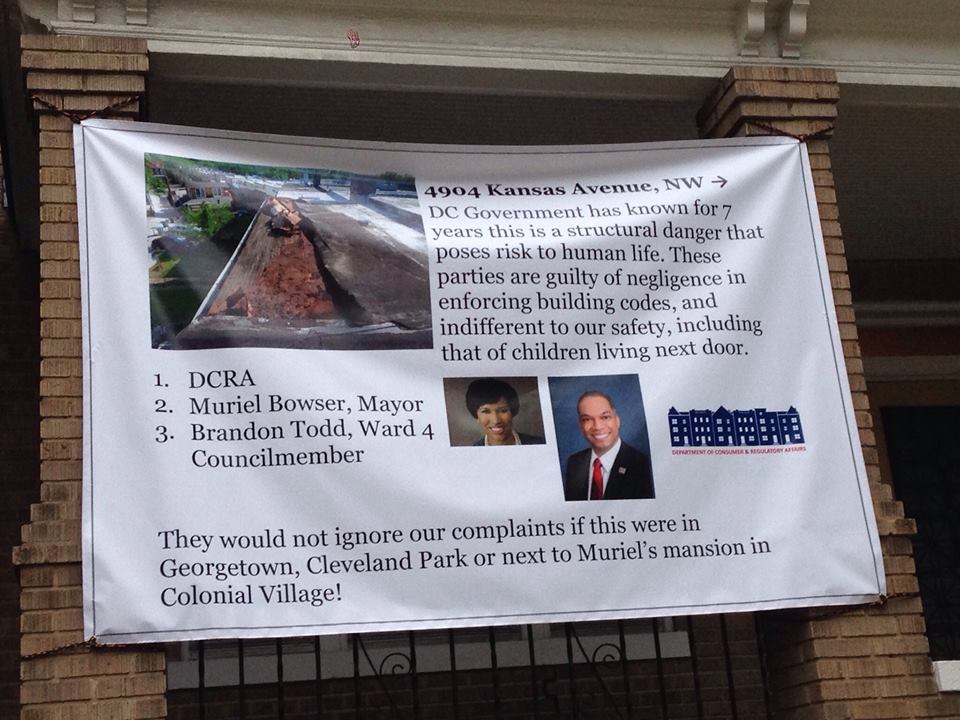 We wanted to make you aware that a banner has been placed on our home to protest the deplorable and unsafe condition of the boarded up row house next door and the city’s complete lack of response to complaints for repairs from two families with young children living next door. For seven years, we have contacted Muriel Bowser, DCRA and (now) Brandon Todd to repair the roof, front porch and back porch, all of which are structurally unsound.

This boarded up, blighted home has been a magnet for rodents, burglaries, drug dealing, public fornication and other crime. The entire block is sick of it, yet DCRA refuses to enforce building codes to force the owner to repair it. Moreover, the city collects $19k a year in property taxes at the vacant rate, I believe from the bank trying to foreclose, but refuses to reinvest a dime of the extra tax proceeds in making the property safe.

After countless emails, phone calls and visits to Muriel Bowser’s office to deliver pieces of fallen roofing material as proof of the urgency of the situation, we’ve raised this banner to push our local leaders and DCRA to do take action. We believe DCRA would never permit this level of dilapidation in Georgetown, Cleveland Park or in Muriel’s new digs in Colonial Village. We’re asking for the same standards of enforcement. ” 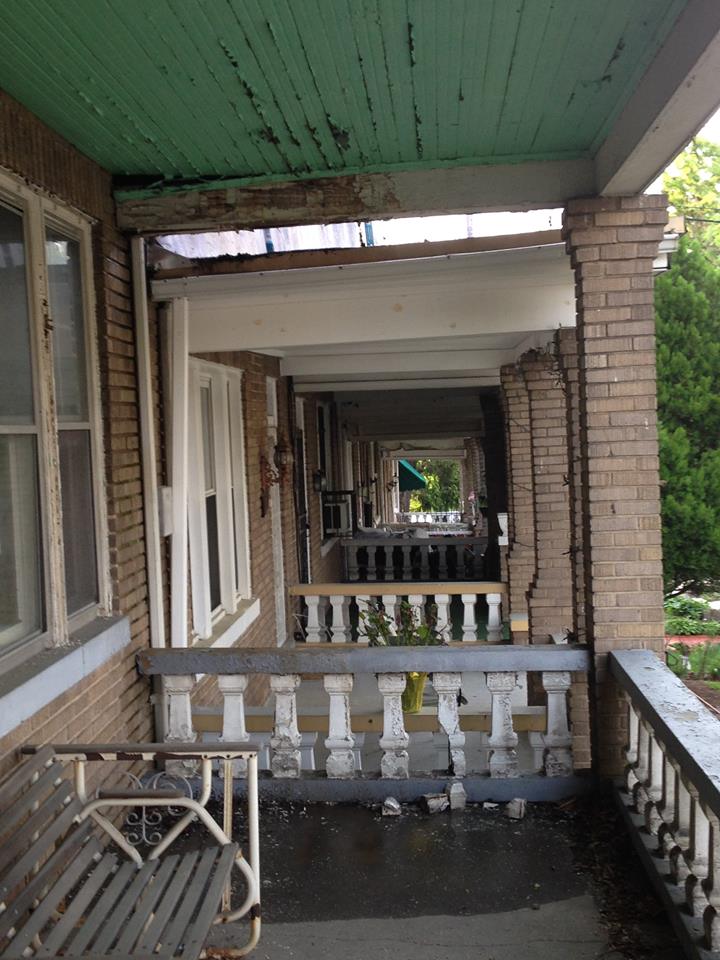 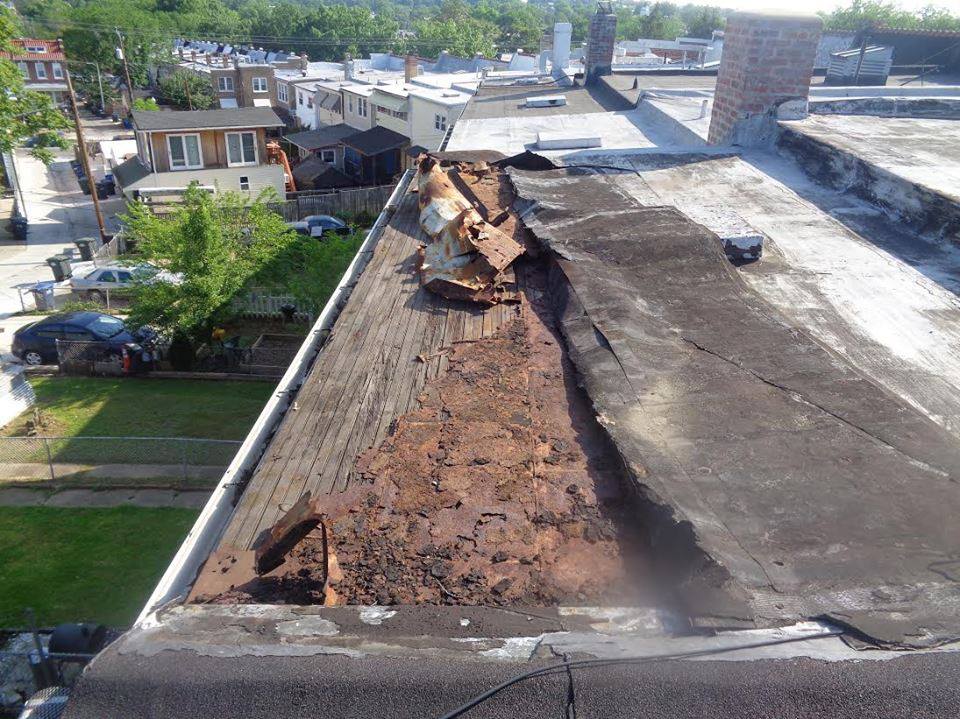 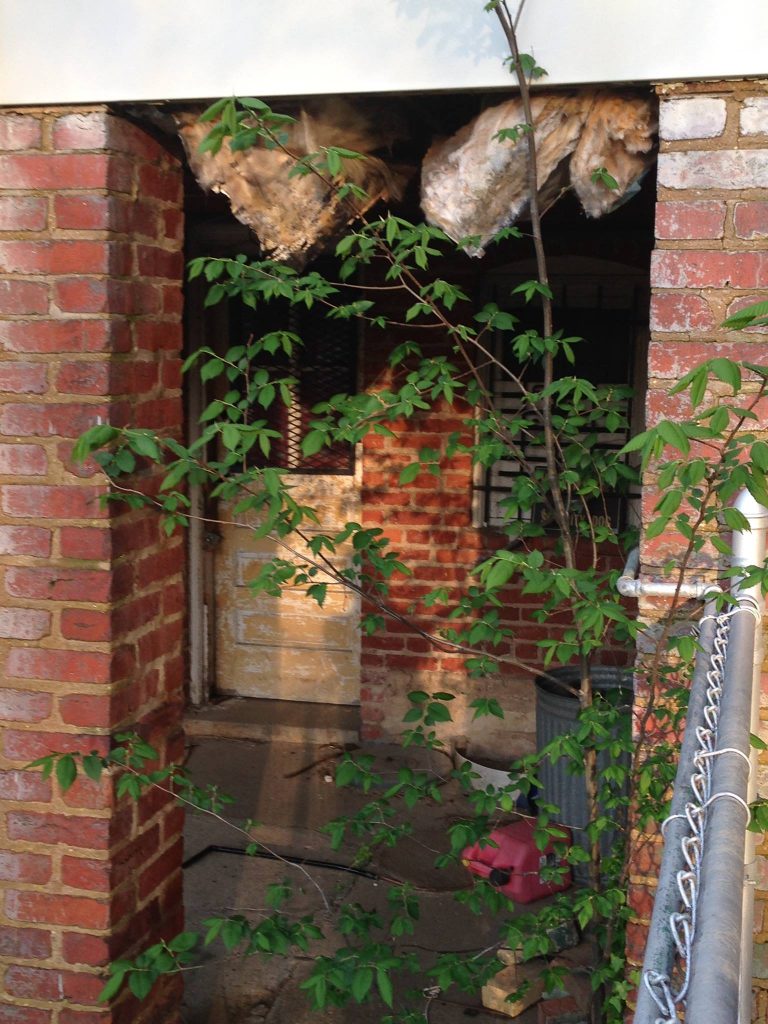 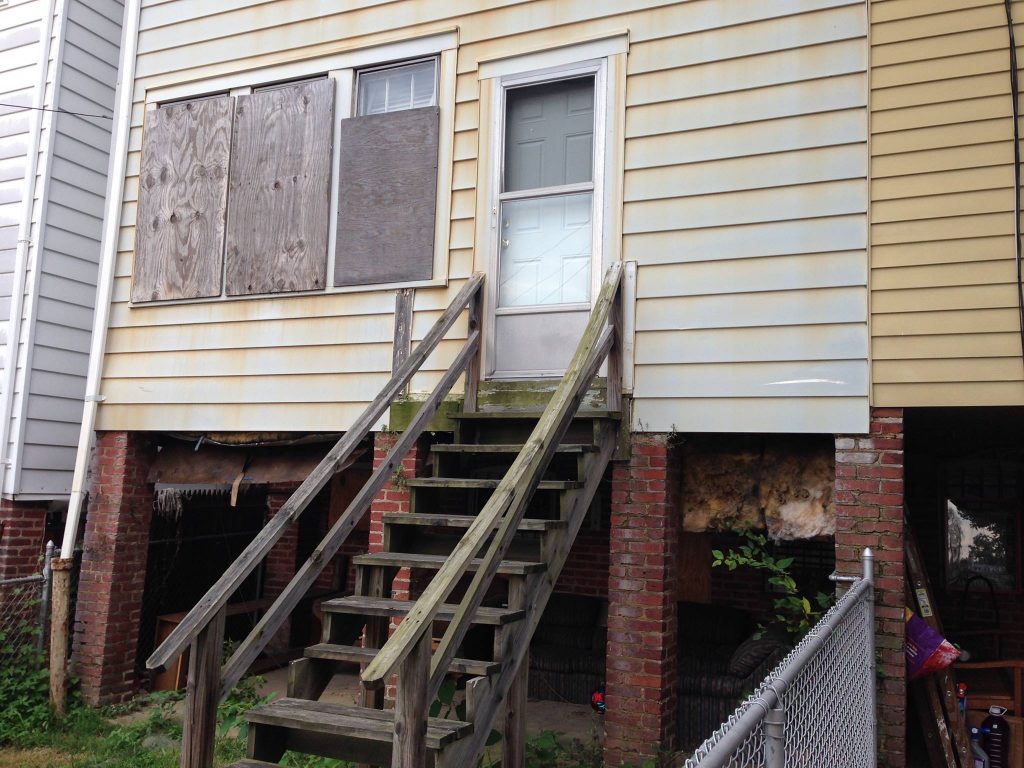 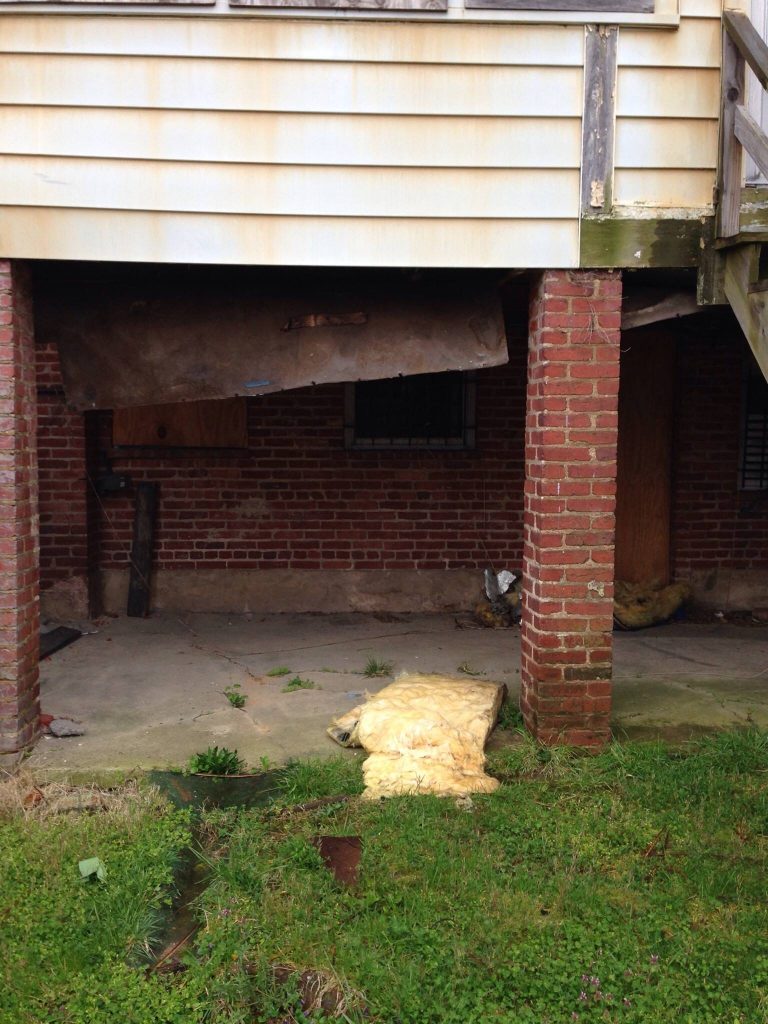 Read more →
More Stories
“If you host your happy hour at a certified Safe Bar, you can rest easy knowing that the bar staff have your back.”Photos from PoPville – Cool Clouds