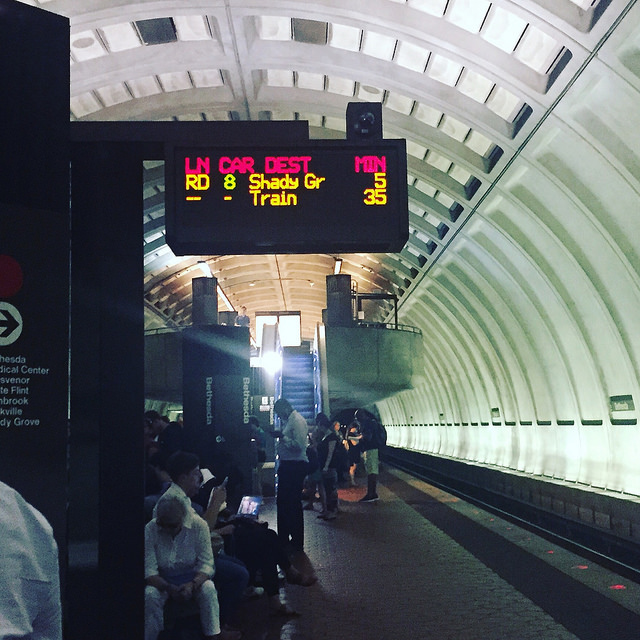 “Red Line trains will continuously single track between Takoma and Silver Spring from August 1 through August 7, 2016.

“The District Department of Transportation (DDOT) advises residents, commuters, and visitors to the District of Columbia to prepare for major rush hour delays on Metrorail’s Red Line due to WMATA’s SafeTrack Safety Surge #6. The next round of repair work runs from Monday, August 1 through Sunday, August 7. Trains will continuously single track between Takoma station in the District and Silver Spring station in Maryland.

Extended morning and evening rush-hour parking restrictions will be expanded to include the following corridors:

Read more →
More Stories
Your Afternoon Animal Fix“We are gifting treats, clones, seeds, goodie bags and more through out the city in ALL 4 Quadrants SW,NE,SE,NW!!”