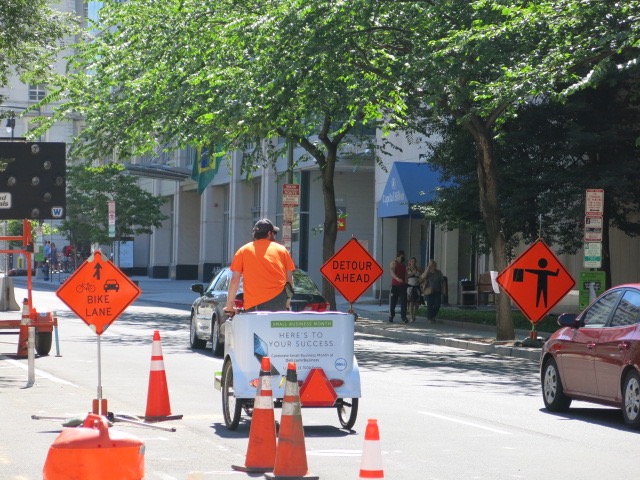 Here’s to your success…

The demolition of the old WashPo building has created a dangerous situation for bikers. Just wanted to let you know:

“Hello, due to the demolition of the old WashPo building, the bike lane has been removed and now bikers have a “bike path” which is not segregated from traffic on a block where the roadways are down to 2. This is a choke point and with the increasing traffic in DC due to the metro repairs, this is also becoming a serious hazardous block.
What do you intend to do about it ?

The demolition crew used to have a properly segregated bike lane until recently but it was removed. I almost got squished on the concrete barriers yesterday by a USG truck that, in spite of my banging on his truck, did not stop and continued to squeeze me. This is unacceptable. Once again in DC, there is no plan B.” 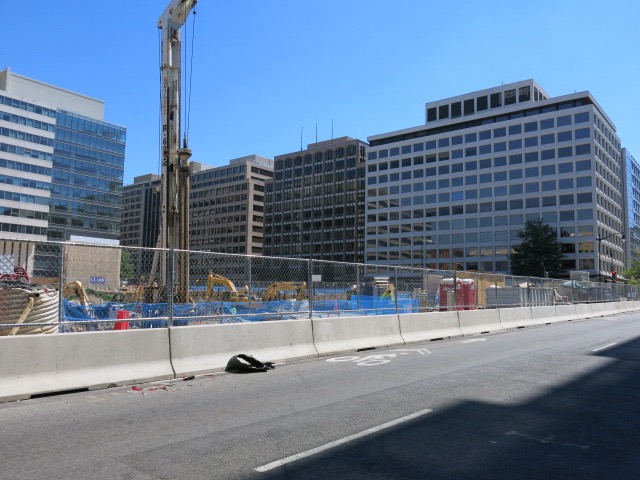 Read more →
More Stories
“Props to the cops but this is still scary.”Today’s Rental has “walk in closet in the bedroom and a washer and dryer”