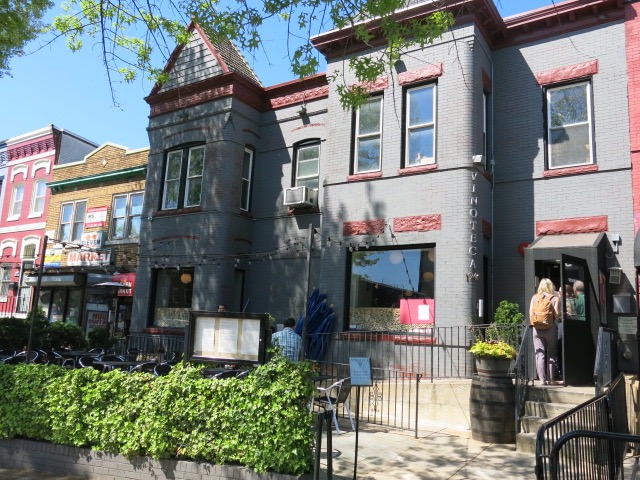 “Vinoteca, wine-centric U Street restaurant, is excited to announce the appointment of its new Executive Chef Anna Miller. An Oregon native bringing inspiration from the Pacific Northwest and Southwest, and most recently from her position as sous chef at Shaw’s recently-shuttered Rogue 24, Chef Miller brings a penchant for artful plating, diverse culinary background, experience with James Beard award-winning chefs, and deep understanding of the complementary relationship between wine and food. A monumental announcement for the U Street eatery, Chef Miller is only the third to hold the position of Executive Chef since its opening almost nine years ago. 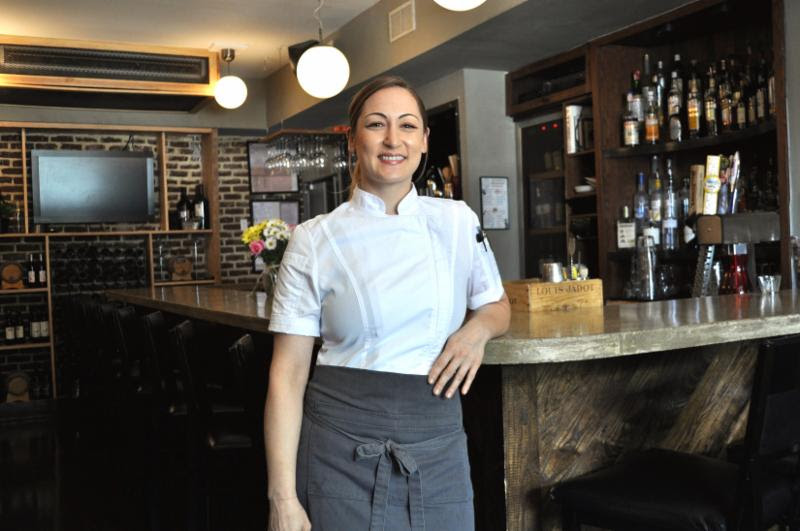 Boasting 13 years of culinary experience which took her up and down the west coast, from Portland, Ore. and Sacramento, Calif. to Tucson, Ariz., the energetic and zealous Chef Miller has already begun infusing the U Street neighborhood spot with fresh inspiration from her diverse culinary experiences, while also maintaining Vinoteca’s philosophy of seasonal, locally sourced fare.

Chef Miller’s love for food developed at a young age: “I was born to two classic Eugene, Oregon hippies: my mother with a green thumb, and a grape-growing, wine-making father,” says Miller. “I vividly remember climbing out our second-story window onto the roof to pick cherries off our tree, plums from the front yard, apples from the backyard, blackberries, strawberries, cherry tomatoes, green beans, snow peas, squash and dad’s Hungarian hot peppers. I was surrounded by fresh food. So, I surrendered.”

Chef Miller began working in kitchens at age 17, gaining experience everywhere from convention center banquet halls, to doubling as the breakfast cook and barista at her local Jewish deli, and mastering the art of wood-fired pizza at a local Italian restaurant, Ambrosia. After graduating from culinary school in her hometown, she moved to Sacramento, Calif. to learn the art of Texas BBQ and then Southern/Asian fusion at Ten 22.

Almost three years later, she craved a taste of the Southwest and moved down to Tucson, Ariz., where she would hold two of the most influential jobs of her career: cooking at Downtown Kitchen + Cocktails for James Beard award-winning chef Janos Wilder, who focused on influential cuisine of South America; and serving as sous chef at acclaimed resort Hacienda Del Sol, where she developed a passion for the area’s native ingredients grown in the restaurant’s on-site garden, and sharpened her kitchen management skills.

She had been following the progression of Portland’s food scene and after a few years moved back to her home state, spending two years gaining experience in various international cuisines, ranging from Indian, French/Asian fusion, modern French, and modern American.

She finally made her way to Washington, DC in 2014 to work for James Beard award-winner RJ Cooper, holding the position of Rogue 24’s sous chef until the restaurant’s closing earlier this year, and experimenting with molecular technique and artful plating.

In her short time at Vinoteca, she has already made some vibrant changes to both the dinner and outdoor Plaza menus. “Being in a city that boasts such a diverse international culture, I love showcasing different ingredients and techniques on one plate,” she says, which is reflected in one of her creative new dishes, sea scallops with edamame succotash, Chinese sausage, quail egg and forbidden black rice, nodding to the Pacific Northwest, Asia and the South.

Hailing specifically from Oregon’s acclaimed wine region, the renowned Willamette Valley, Chef Miller also incorporates wine into her cooking, whether in a tender hanger steak dish with rosé marinated onion ‘petals,’ a Burgundy and Pinot Noir aioli, or Madeira reduction accompanying a buttery Mushroom Tartine. Taking things one step further from the kitchen to the bar, she’s also studying for her sommelier certification from The Court of Master Sommeliers, to continue expanding her wine education.

Chef Miller has also just taken full control of the kitchen at The Royal, working with the owners to continue to innovate and evolve the grill-centric menu of South American-inspired fare.”