Get our email!
Search
journey outside dc 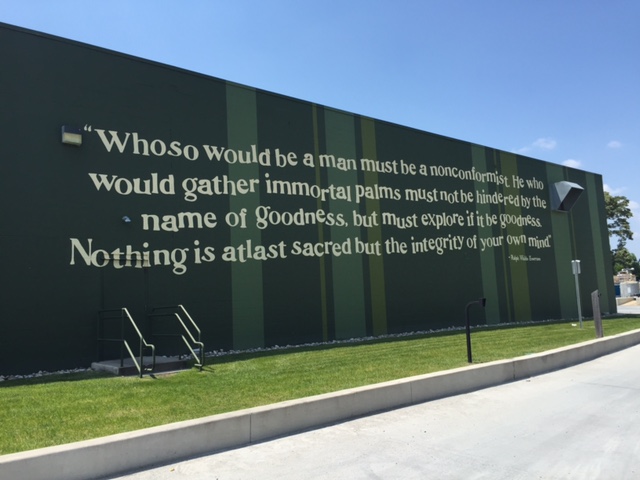 So what happens when you wear a Dogfish Head jacket featured in a photo used in a story about PoPville? For me, I got to go to beer heaven. Now, I’ve gone on record in the past as saying I’m a Dogfish Head fanatic. Aprihop (RIP) was the beer at my wedding reception. And of course, I wear a Dogfish Head jacket for Christ’s sake… Anyway back to beer heaven. Long story short, after seeing my photo in the paper the fine folks from Dogfish Head asked if I’d like to visit the brewery (Milton, DE), the Inn (Lewes, DE) and their new restaurant, Chesapeake & Maine (Rehoboth, DE). Hell yes I would. Hell fucking yes I would. And I did last weekend. My wife and I drove to the brewery in Milton first about 2.5 hours from DC. 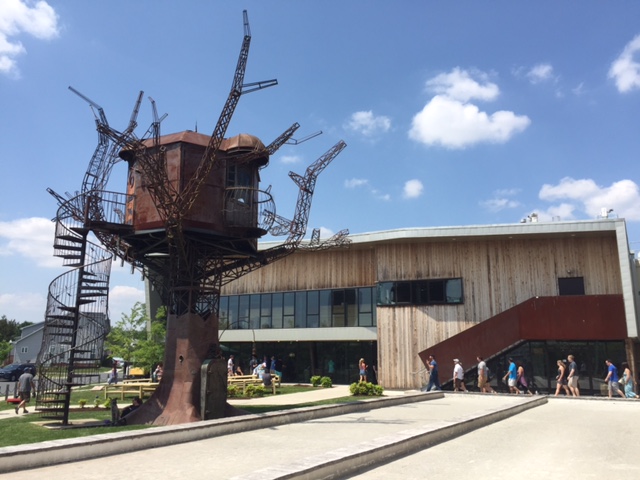 I had been once back in 2010 and man oh man have things changed. It’s gotten much bigger… If you go, while the tasters are fun, you have to go on a tour. It lasts about an hour and even if you’re not a fanatic it’s incredibly interesting. Well shit, I don’t know, I am a fanatic, so I’m just guessing that if you’re not a fanatic you’ll like it too because our tour guide was freaking awesome: 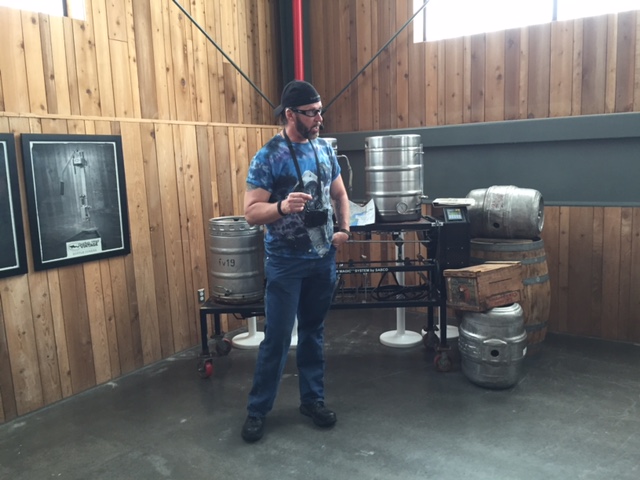 This is Duane “not the rock” Johnson (though he was gigantic) schooling us on the history of Dogfish Head and it’s origins. But make no mistake, this dude knew his beer (and some good stories). And if you are a fanatic you’ll get giddy over all the inner workings and gadgets: 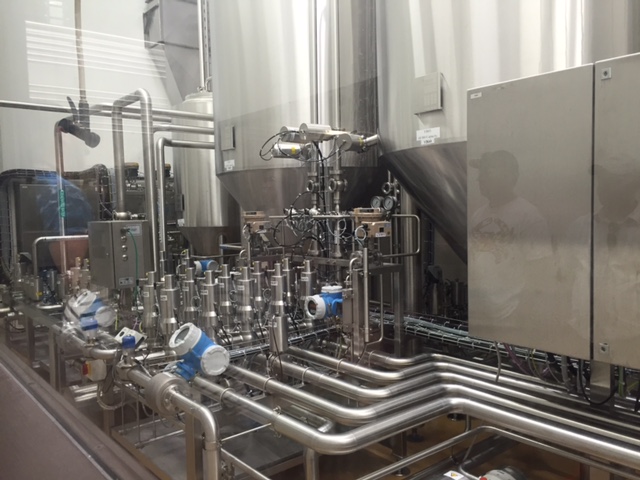 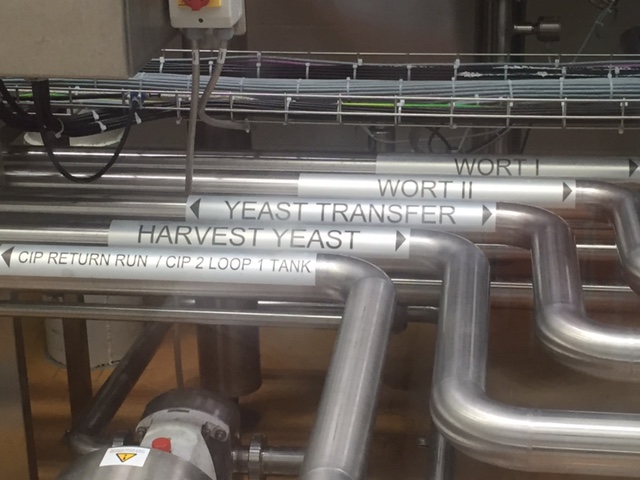 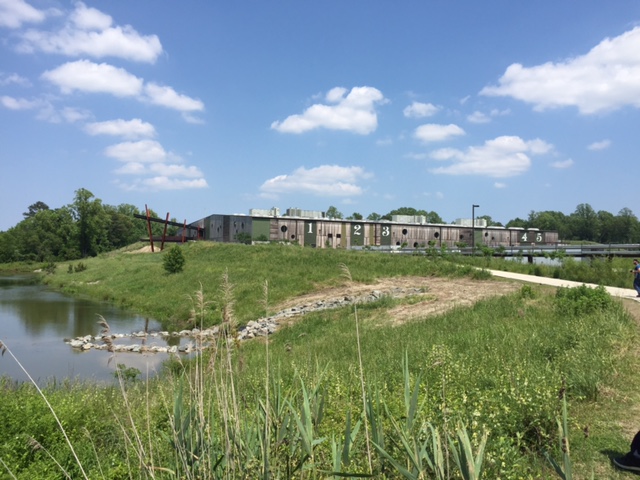 This is just the freaking bottling plant.

Anyway the tour ends with some tasters, but you can buy full pints and they have a food truck as well as games that are very beer friendly (bocce, cornhole etc.) 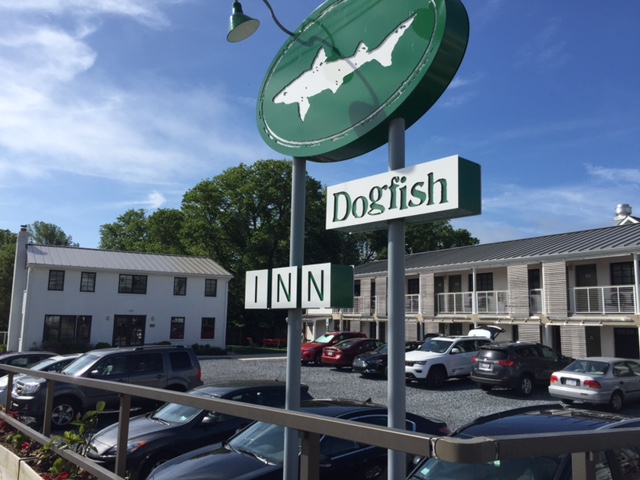 On to the Inn. I don’t really remember how long it took to drive from Milton to the Inn in Lewes because I was pretty drunk at that point (fear not my wife was the designated driver!!)

How to describe the Inn? It’s kinda like an old 50s motel was completely renovated and filled with a very cool combination of beer, beach, and concert memorabilia. 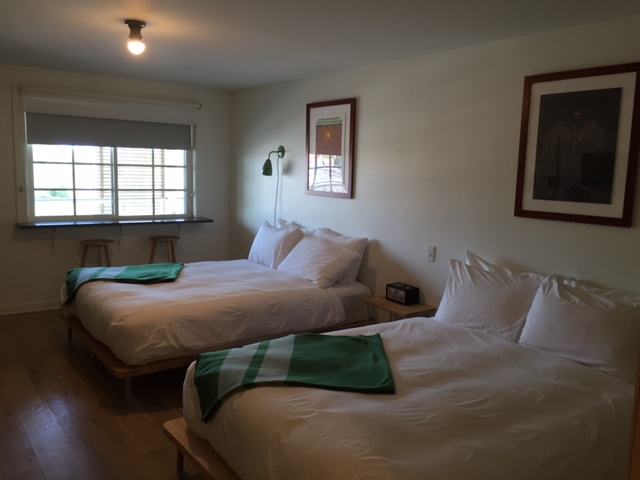 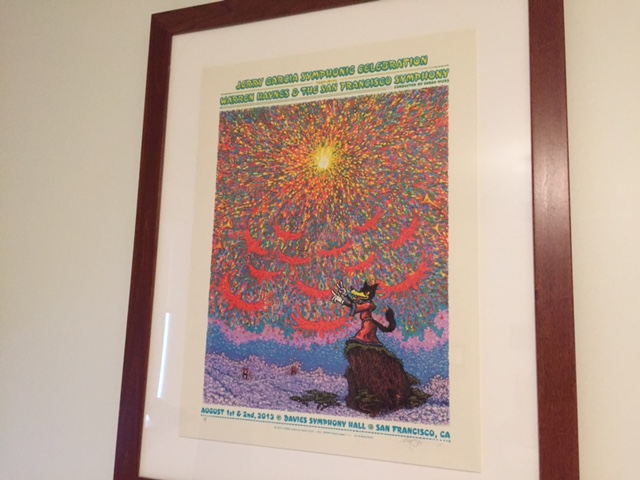 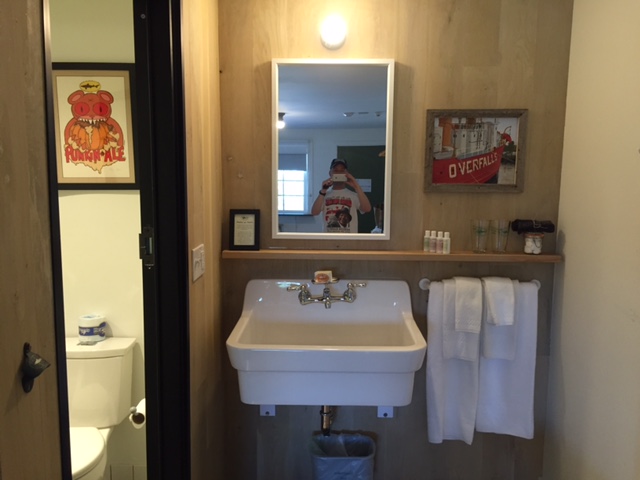 But perhaps the coolest part of the Inn is that it’s filled with fellow craft beer fanatics and the owner and founder of Dogfish Head Brewery, Sam Calagione, comes for a fireside chat every week. More on that in a minute – but first we head to Chesapeake & Maine in Rehoboth for dinner. While I was lucky enough to have a designated driver, the Inn also offers an all inclusive package with a van that shuttles you around to the different spots. For those who’ve been to the Dogfish Head brew pub in Rehoboth you’ll be blown away by their new restaurant next door. The previous restaurant next door to the brewpub (not owned by Dogfish at the time) was a dingy, dark spot. The new space is freaking beautiful: 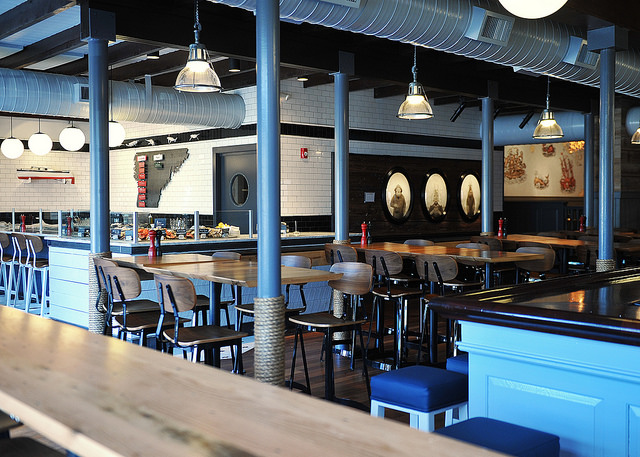 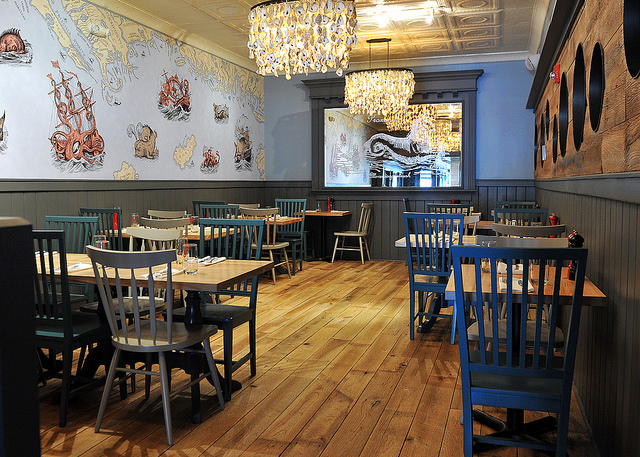 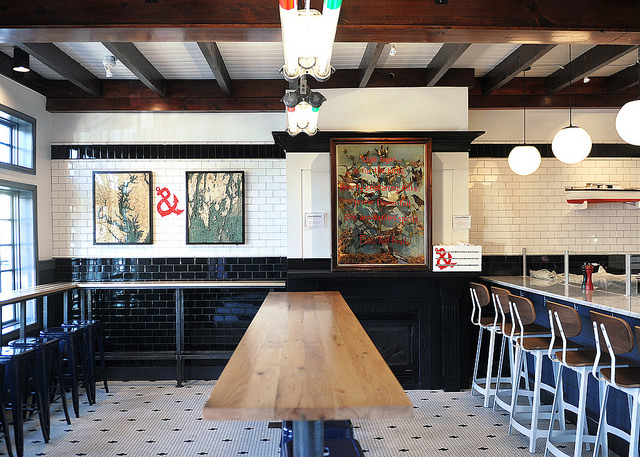 And the food wasn’t so bad either: 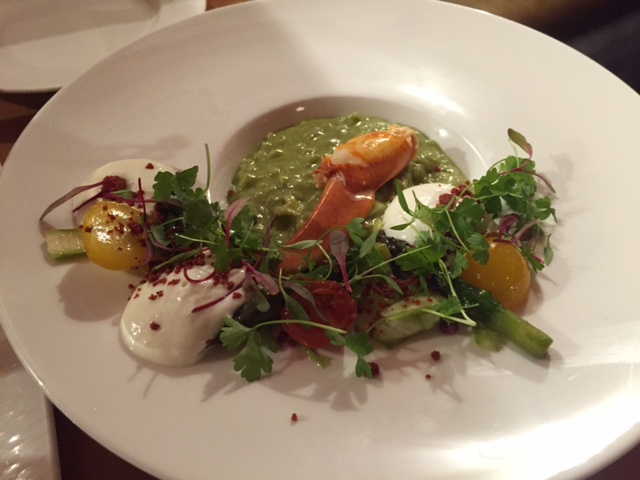 But one of the biggest standouts for me was actually the cocktail list (surprise, surprise): 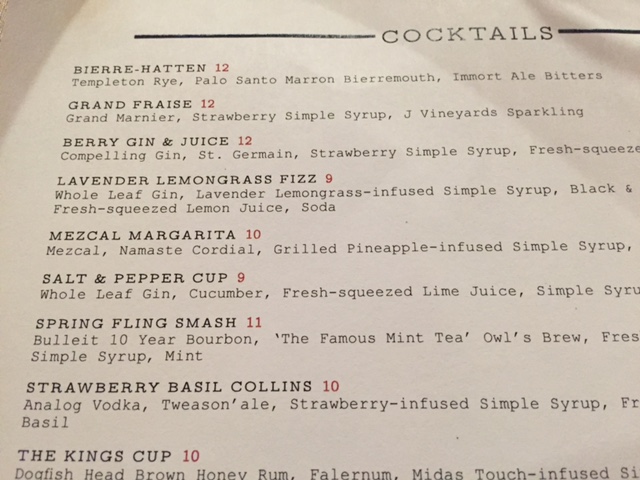 The Bierre-Hatten was just ridiculously delicious. 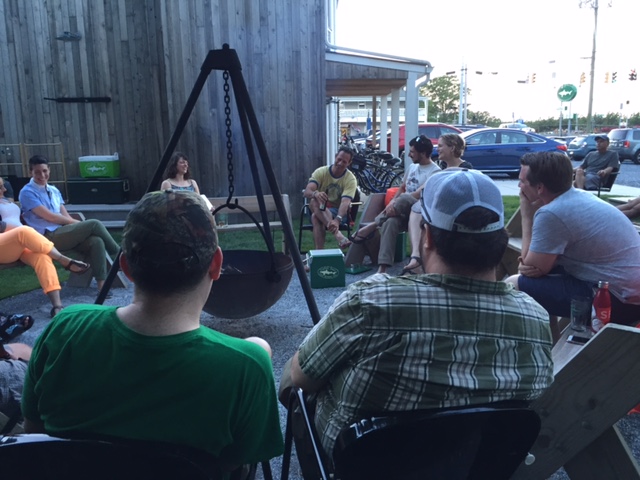 OK back to the Inn and I’m seriously feeling no pain at this point. Time to sit around the campfire and ask Dogfish Head’s owner (in yellow t-shirt at back) any question you’d like. To say that this guy is down to earth is an understatement. And people asked him questions about everything, one lady was getting married and ask for advice on writing the save the date. The best part was that it all felt so genuine. Nothing was forced among the banter between guests and superstar brewery owner. That was the coolest part. Well no, actually, after the chat he asked if my wife and I would like to head back to his house for a beer on his porch? And of course his wife and friends were also the most genuine kind people you could hope to meet. Now of course, I was hammered but my wife insists that I am remembering correctly.

If you’re interested in a similar pilgrimage you can get all the details from their website here. 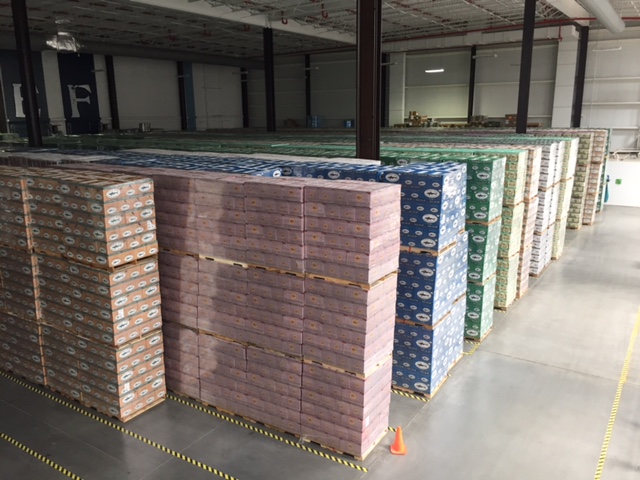