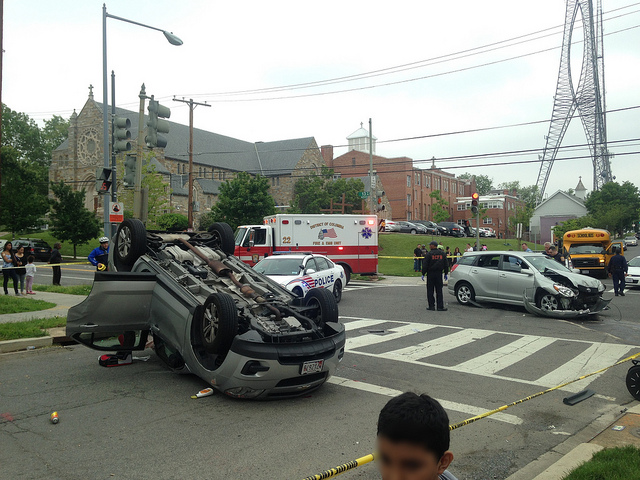 “This happened after 3:15. I was told the SUV had the right away and the small car ran the light southbound on 13th. Was also told everybody walked from the overturned SUV. A woman and two children. They were at the ambulance. The driver in the small car is an elderly lady and was still sitting in the driver’s seat. A second ambulance arrived at the scene.”

Read more →
Northern Virginia, SW, SW Waterfront
Read more →
More Stories
“Dialogue on Race through Shakespeare” Sunday at the Folger Shakespeare Library“This weekend Annie’s Ace Hardware is partnering with Bikes for the World to host its second annual used bike and sewing machine collection from 10 – 2 at both of our store locations”