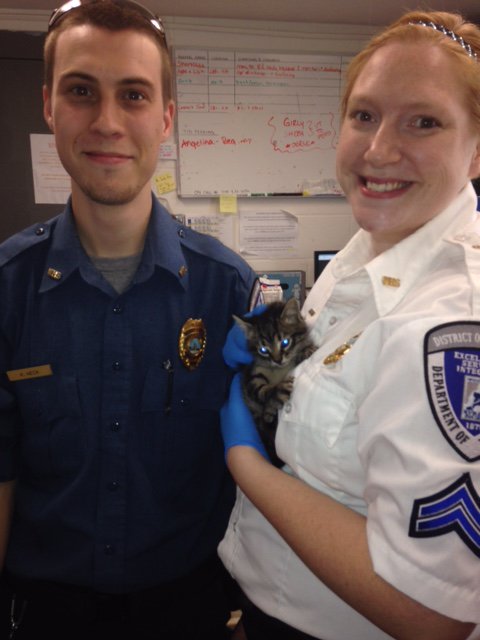 “With the help of @wmata, our Animal Control Officers saved 6-week-old Totten of rail tracks #wmata” 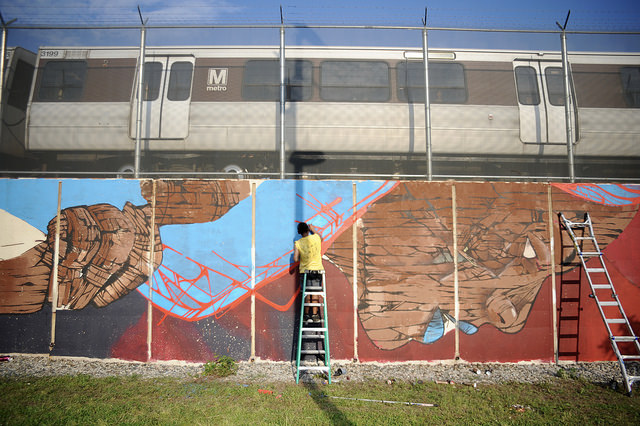 I’m writing in the hopes that someone knows the (hopefully happy?) end to this story.

I was at Fort Totten this morning to catch the yellow line to the airport when several of us heard plaintive mews of distress from a little, fuzzy kitten hiding behind the third rail. Several folks tried in the stretches between trains to coax the kitten within reach to no avail. Someone notified the station manager and was apparently told there was nothing he could do because it was rush hour. Another metro employee came by soon after and was more sympathetic (I wish I had gotten a name or number). He was on the radio quickly and the next trains crawled through at a snails pace to give the kitten time to get out of the way. After one train passed, I saw the top of another cat’s ears poke up between the grates directly behind the third rail. I couldn’t see well enough to know whether or was another kitten or a mother cat, but I assume it was a kitten because my guess is the mother would have responded to the other kitten’s cries.

I had to leave to catch my plane, but I’m hoping someone knows if they were able to rescue the kittens! The mewing was heartbreaking.”