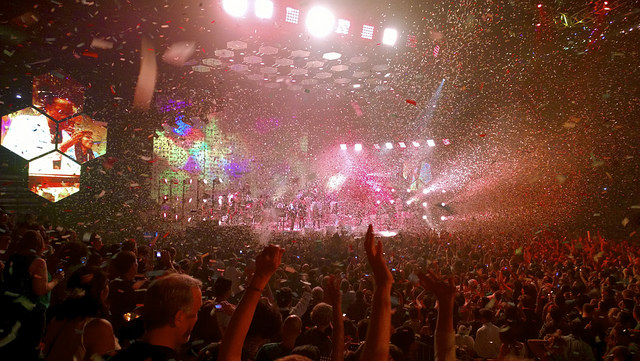 First there was word of Springsteen at Nats Park, then Hamilton at the Kennedy Center and now the Verizon Center gets in on the action with “The Incomparable Streisand”:

“The Incomparable Streisand to Play 9 Cities in August; Back in Brooklyn for 2 Shows

Tour To Be Followed by the Release of Upcoming Album, ENCORE: Movie Partners Sing Broadway

Tickets go on sale May 25

Barbra Streisand, who last year became the only recording artist or group to achieve #1 albums in each of six decades, will bring her legendary live performances to 9 cities in August, it was announced today by her longtime manager Marty Erlichman. Streisand will perform her hits from each decade plus songs from her new album, ENCORE: Movie Partners Sing Broadway, celebrating a career of unparalleled creative achievement. Every ticket purchased online includes a CD of Streisand’s new album, which will be released later this year.