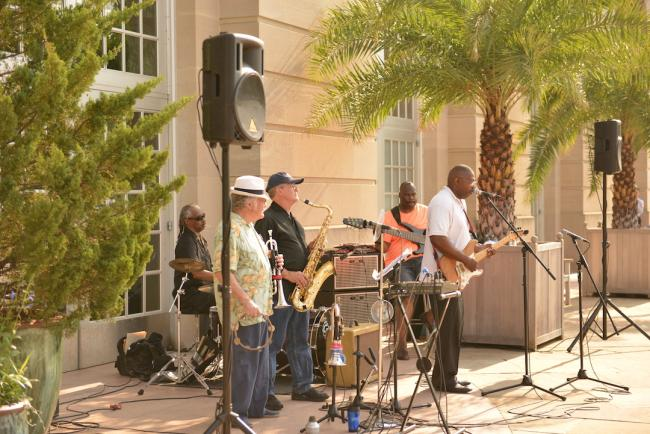 “The United States Botanic Garden is pleased to announce their popular American Roots Music Concert Series will be returning for 2016. The summer concert series, which the USBG first offered in 2015, celebrates American roots music – Americana and folk, country, blues, jazz, and even zydeco.

Concerts June through August will be held outdoors on the USBG Conservatory Terrace to enjoy the USBG’s summer garden exhibit Flourish Inside and Out (rain location inside the Conservatory in the Garden Court). September and October concerts will move indoors into the Conservatory’s Garden Court. All concerts are free of charge. Provided seating is available on a first-come, first-served basis or bring your own blanket or chair.

Check www.USBG.gov/RootsConcerts for additional information about the artists, concert series, and visiting the USBG.

The U.S. Botanic Garden is open to the public, free of charge, every day of the year from 10 a.m. to 5 p.m. The Conservatory is located at 100 Maryland Ave. SW, on the southwest side of the U.S. Capitol. Visitors are encouraged to use Metrobus and Metrorail.”

more stories
Previous
El Sol Closes on 14th, Reopening in 2 months as Mezcalero in the former Quik Cash space near Red Derby
Next
Where is this House of the Day?