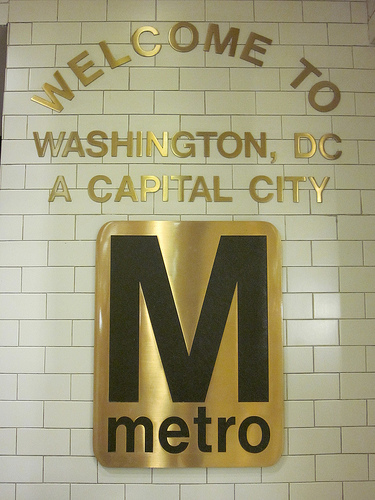 Beginning this June, a uniformed fire officer will be stationed at the “nerve center” of the Metrorail system 24 hours a day, 7 days a week to help coordinate emergency communication between Metro and first responders.

Currently, fire liaisons are on duty at the ROCC in two shifts — approximately 80 hours per week — working Monday through Friday and during special events. The expanded hours are made possible as a result of a new Memorandum of Understanding between Metro and the Metropolitan Washington Council of Governments (COG).

“In less than a year since we began this initiative, we have seen that embedding a fire service liaison in the Metro Rail Operations Control Center has dramatically improved the level of coordination between Metro and the region’s emergency responders,” said Prince George’s County Fire Chief and Chair of the MWCOG Fire Chiefs Committee Marc Bashoor. “But we know that emergencies can happen at any hour, and that’s why I could not be more pleased that we have reached an agreement to expand the position around the clock for the safety of Metro passengers and employees.”

“Extending the hours of the fire/rescue liaison position at the Rail Operations Control Center ensures that first responders have ‘eyes and ears’ on Metrorail operations throughout the entire service day,” said Metro Transit Police Chief Ron Pavlik. “I want to thank COG Fire Chiefs Chair Marc Bashoor for his leadership and commitment to strengthening the coordination between our operations staff and emergency personnel.”

In addition to coordinating emergency response, the fire liaisons will continue to develop policy recommendations and provide supplemental emergency training for rail controllers.

Among a number of additional safety measures implemented to improve emergency response, the fire/rescue liaison position was launched last July to improve coordination between ROCC and on-scene personnel during emergencies. The region’s fire chiefs and Metro are committed to ensuring rail operations staff and Fire/EMS personnel across the National Capital Region continue to have a close training and working relationship.

In response to the smoke incident that occurred in January 2015 outside L’Enfant Plaza Station, Metro increased training, emergency drills and enhanced radio testing protocols that provide a real time outage map for controllers and first responders.”

Read more →
More Stories
Your Afternoon Animal FixThe Race to Open among Swampoodle, Hilltop and Slim’s Diner appears to be nearing a conclusion!