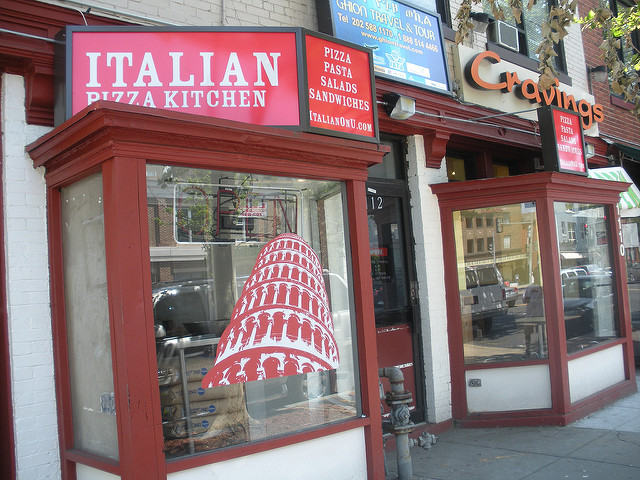 Went Sunday (4/17) around 3am with a friend to get some slices of pizza. After I placed my order, I stepped aside to wait for my pizza to be ready. While waiting, a belligerent guy in line to order pizza assaulted another guy standing behind him in line. From what I recall, he wasn’t punched but he was pushed & shoved by the assailant. We were standing right next to them when this happened. Then, within minutes, maybe even seconds, my friend (who was standing directly in front of me) was hit in the mouth (direct hit) by the assailant. He got knocked to the ground. As I was trying to help my friend, the assailant knocked my glasses off of my face. By the time I got my glasses back from a patron and could see again, the assailant was gone.

No one in the pizzeria, neither the staff nor patrons, were at all concerned about the two assaults that had just occurred. I didn’t expect patrons to intervene, but I was greatly disappointed and upset that no one working there came over to us to ask us how we were or if we wanted them to call the police. Instead, they just ignored us and didn’t do anything. Not one person who worked there asked us if we were okay or if they could do anything.

When we got back to my apartment, my friend and I called the police and filed a police report and we included the fact that the Italian Kitchen on U staff did nothing to help us.”