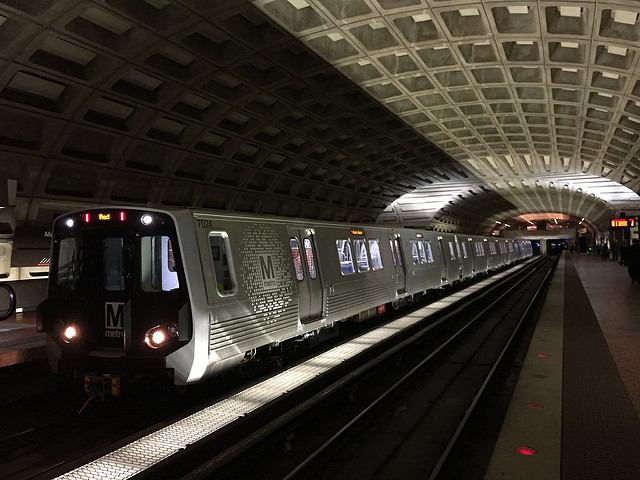 “Metro General Manager and Chief Executive Officer Paul J. Wiedefeld today announced that Patrick Lavin has been hired as Metro’s new Chief Safety Officer. Mr. Lavin comes to Metro from New York City Transit (NYCT), where he is second in command of the agency’s Office of System Safety. His first day at Metro will be Monday, May 9.

“I look forward to Pat joining our team and to his leadership on Metro’s safety culture improvements,” said Mr. Wiedefeld. “Pat has a unique combination of operational and safety experience, and a proven record as a proactive and hands-on safety professional who understands how to partner with operations and maintenance teams to achieve safer practices.”

Mr. Lavin spent the first two decades of his career in NYCT’s Division of Signals, where he gained extensive knowledge of rail operations, maintenance, testing and inspection processes. In his current role in NYCT’s safety department, Mr. Lavin performs in-depth investigations into rail and bus accidents, including mainline rail incidents such as derailments and collisions. In recent years, Mr. Lavin has led multi-disciplinary task forces to improve safety at NYCT; including a 2010 Task Force that was convened to investigate reports of employees falsifying testing and maintenance records, and provided recommendations for improved oversight, training and maintenance practices. He also worked with NYCT’s Division of Buses and New York’s Public Transportation Safety Board to investigate bus fires and mechanical failures, which resulted in significant reductions in both categories.

“I am pleased to have the opportunity to bring to Metro more than 30 years’ experience in rail operations and maintenance, as well as safety investigations. Combining two sides of the house so that safety works hand in hand with operations will help us make positive changes that serve Metro’s employees and customers well. I look forward to making a difference in Washington,” said Mr. Lavin.

Mr. Lavin has a Master’s degree in Transportation Planning and Management from NYU Polytechnic Institute and a Bachelor’s degree in Labor Studies from Empire State College. He earned these degrees while working his way up through the NYCT Division of Signals, where he began in 1983 as a Signal Maintainer’s Helper. He left the division 20 years later as the General Superintendent of Signals. In that role, he managed the response to signal interruptions and emergency conditions, including the restoration of the signal system after the World Trade Center attack on September 11, 2001.