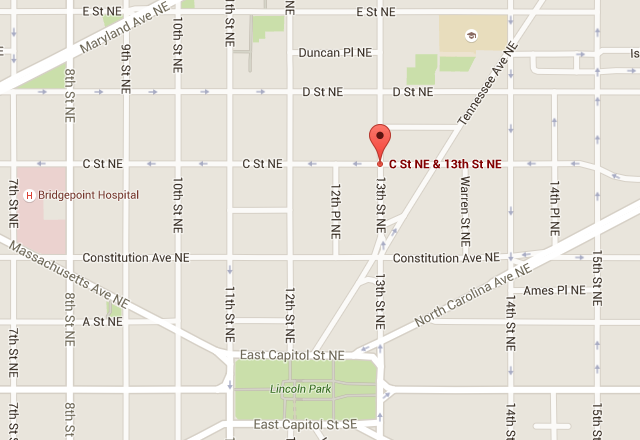 “Robbery Hold Up Gun: our victim was standing in the vicinity of a metro bus stop today at 13th and C Streets NE at approximately 12:30PM today when approached by 2 male suspects, one of which displayed a black handgun and demanded C-1’s property. The suspects were seen fleeing the scene on foot then got into what was described as a Red Jeep Grand Cherokee that was staged in the alley. This is an OPEN case currently being investigated by the First Police Detective Unit.”