Get our email!
Search
police 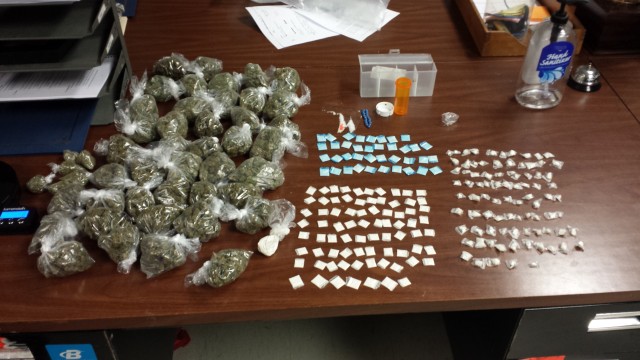 “This evening a citizen reported a drug complaint in the Fifth District, Northeast quadrant of the district. The Fifth District Crime Suppression Team responded and recovered 115 ziplock bags of heroin, 1 baggie of heroin weighing 6 grams, 85 zip lock bags of crack cocaine, 48 half ounce ziplock bag of marijuana & 19 Morphine pills. No arrest made at this time. MPD welcomes and encourages citizens to continue to use the text tip line to report illegal activity in the community. Attached is a photograph of the seized drugs.

Give 5-0 the 411 with the MPD’s Text Tip Line: 50411. Text, photo and video messages are monitored by members of the department 24 hours a day, seven days a week. Tips on serious or violent crimes will be investigated by members of the department. If you would like a police response for any incident, please call 911. All tips may also be directed to (202) 727-9099 and may be eligible for a reward.”

Read more →
More Stories
Uh Oh, Is The End Now Nigh for Pasta Mia?Weep No More on the Weekends