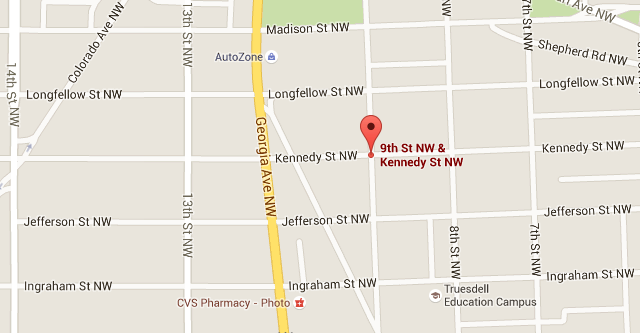 “Shortly after 1:30 AM this morning, MPD units received 911 calls for the sounds of gunshots in the vicinity of 9th & Kennedy Streets, NW. Pursuant to the investigation, a subject was stopped in the 5500 block of 9th Street, NW. This person, an adult male, was found to be in unlawful possession of a firearm. The individual was placed under arrest for Carrying a Pistol Without a License and other firearms-related charges”