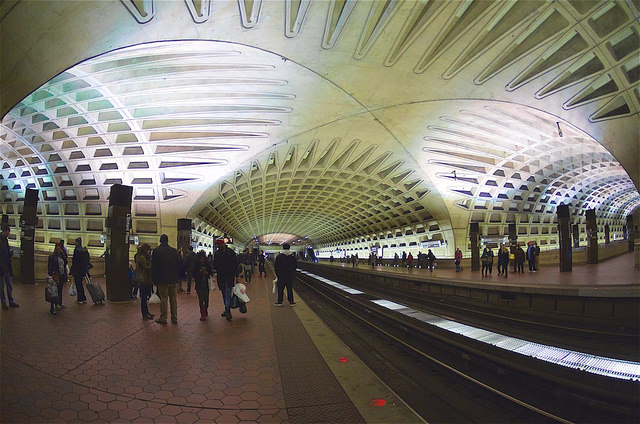 “In his first public policy address since being appointed Metro’s General Manager/CEO last November, Paul J. Wiedefeld today [Monday] began to lay out his plans to make Metro safer and more secure, improve service reliability, and get its financial house in order.

During a luncheon at the National Press Club, Wiedefeld discussed his roadmap for restoring the public’s trust in Metro. While confronting some hard truths regarding Metro’s current safety culture, declining ridership and the mechanical failures that have caused a deterioration in Metrorail on-time performance, Wiedefeld identified clear priorities with defined immediate and longer range deliverables for the entire Authority.

“In many ways, what you see here today is the CEO’s ‘To Do’ list to get Metro back on track,” said Wiedefeld. “It’s my commitment to be transparent about what needs to be fixed, how we are going to fix it, and ensure that our stakeholders can easily monitor progress so that public confidence is restored in Metro.”

Wiedefeld said there is no single action that will turn Metro around but a combination of efforts “to grind out critical changes at all levels” is needed to improve the customer experience.  Some of those actions are already underway – including increased police patrols, installing new radio systems and cell phone cabling in tunnels, changes to rail car parts inventory, and the accelerated delivery of 7000-series trains.

Other actions will be implemented over the next weeks and months, such as a rail service reliability program to reduce waiting, crowding and passenger offloads. Other highlights include:

Customers and stakeholders will be able to track progress and monitor Metro’s actions through a Customer Accountability Report (CARe), available at wmata.com. As specific actions are developed, funded and scheduled, they will be added to the inventory.

In laying out his plans to turn around Metro, Wiedefeld said the agency first had to confront some hard truths. High-profile operational safety incidents and recent crimes on the system have alarmed customers. Last year, rail car mechanical failures caused the number of late trains to double. Doors, brakes, and propulsion system problems result in frequent customer offloads. Riders are deeply frustrated by unpredictable track work on weekdays and weekends.

On the financial side, Wiedefeld said that the capital budget has been significantly underspent every year for more than ten years. He announced today that he expects Metro will adjust its capital plan to a more realistic estimate of about $950 million instead of the $1.1 billion projected next year.

While Metro’s current financial position is stable and the agency’s cash flow is positive, Wiedefeld said that Metro’s financial systems are substandard compared to other transit authorities and require enormous efforts to modernize to ensure timely financial reports and clean audits.

He also said that the Board and jurisdictions are considering how to confront Metro’s structural operating deficit. In order to continue balancing its budget, Metro would require a combination of operating subsidies and passenger fare increases of about six percent annually over the next ten years just to keep pace with cost growth for existing service levels. Like other transit systems, cost escalation is driven primarily (73 percent) by personnel expenses to operate, maintain and manage bus and rail services. Unlike other systems, however, Metro has no clearly defined multi-year operating funding plan.

“For Metro to fulfill its potential as an economic engine driving this region to be more globally competitive, we have to work on parallel tracks to hold down costs while establishing long-term revenue strategies that fund the level of bus and rail service that meets the needs of our communities.”