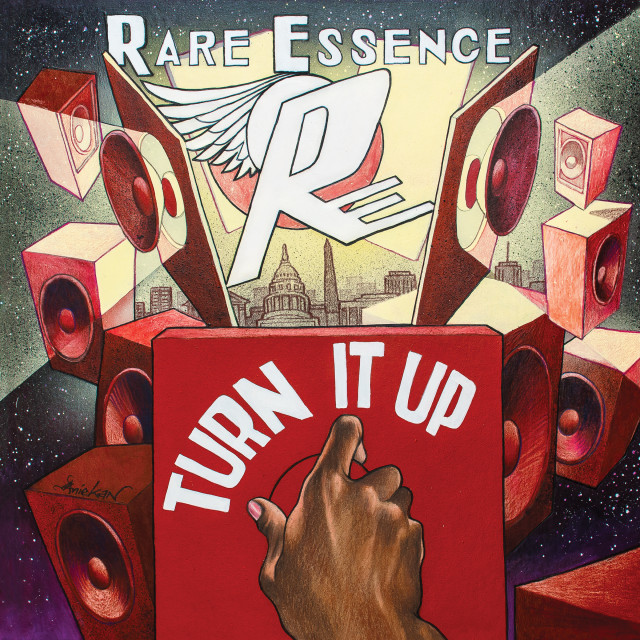 Rare Essence is gearing up to release their 15th album to coincide with the performance. The album can be pre-ordered through Funk Parade’s Indiegogo campaign, here.

Titled Turn It Up, the album marks not only the 40th anniversary of the band’s inception in 1976, but also a turning point in their career. Turn It Up is the first original studio album the band is releasing in over a decade.

Funk Parade has teamed up with Rare Essence to create a special Rare Essence Super Fan Perk that can be purchased through the Funk Parade Indiegogo Campaign. For a pledge of $100, fans can get a copy of Turn It Up (CD), a copy of Rare Essence Greatest Hits Vol 1 (CD), a signed poster of the Turn It Up album cover art created by renowned DC portrait artist and muralist Aniekan Udofia. (The perk will be available for pick up the day of Funk Parade or can be delivered the following week.)

Funk Parade’s Indiegogo campaign aims to raise $15,000 for the event – a day festival, parade and music festival celebrating DC music, arts and culture. All proceeds are critical to supporting the infrastructure of the festival as 70,000 attendees are expected for this year’s event on Saturday, May 7.

The Funk Parade has 10 more days to raise its goal and needs your support!”