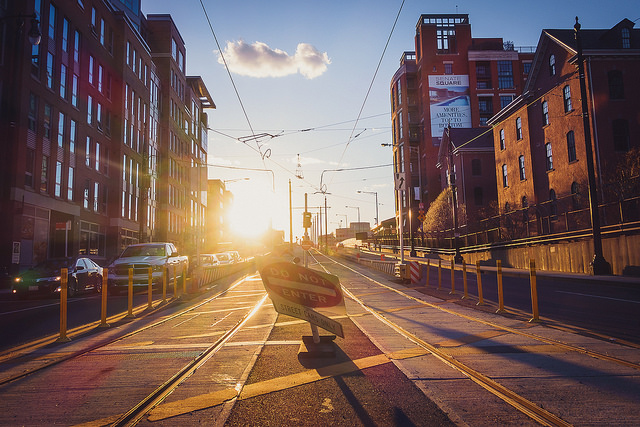 A group of friends and I were at the bar [Rock n Roll Hotel] on Friday night, hanging out on the second floor. We placed our jackets and purses on the chairs against the wall and were dancing close by. It was a group of 10 with us, and one person was close to the jackets and purses at all times. However, three of our purses were still stolen. We alerted security and used “find my iPhone”, which showed that our phones were still on property. Security luckily took us seriously and started searching around. They said they had someone in holding that they thought knew were the purses were and took us to look (turned out, they weren’t ours). They also said that this same thing happened last weekend, as well.

The cops were contacted and we met with them outside of the bar. Showing them the “find my iphone” app again, our phones had moved a few blocks to Benning Rd NE, between 18th and 19th. All of the iPhones were showing the same location. The cops response after they saw were the phones/purses were located was that we should just cancel everything and not bother going to try to get out purses back because that was an area where people got shot. They refused to go in the area as well.

After dealing with that not-so-helpful cop, I found another one on my walk home (with two guy friends) and told him what happened. He, at first, seemed very concerned and helpful; but then also repeated the same “just cancel everything, people get shot in that area” when I showed him where my phone was as well. He said that wasn’t really his district and he would dispatch someone to meet us at my friends house.

At this point, it was 3:30am, and we still talked to two more cops. These ones were a little more helpful and said they would go to the area and look. They took down my login information for the find my iphone app so that they could continue tracking it.

The next morning, I called the district 1 police office to follow up. The guy audibly laughed at me for following up and said “so you want us to find it or something?”. He said it looked like cops had gone by late last night and looked in the street, but didn’t find anything. They weren’t allowed to go in an apartment just because they thought a stolen phone and purse might be in there.

That afternoon (Saturday), my friend was contacted by a random number who found a phone on craigslist. The gentleman told my friend he had driven up from Ashburn to buy this phone and was very sketched out by the place. The guy selling him the phone said it had been his sisters and she didn’t want it anymore. It had been disabled; but since the buyer works for AT&T, he was able to re-enable (made up word, I know) it. He sat with the seller for 10 minutes while he re-enabled it, saw the text asking for my friend to be contacted if found, wrote down the number, and then gave the phone back to guy, saying he didn’t want to buy it. He called my friend and gave him all of the contact information.

I’ve been unable to get the contact information to the police yet (no one has answered the phone and one lady who did, said that wasn’t her job). I know it won’t get my things back at this point, but it can help with tracking down who is responsible and prevent it from happening there again. I just wanted to make people aware so that maybe they can be a little more mindful of their belongings when going out around there.”