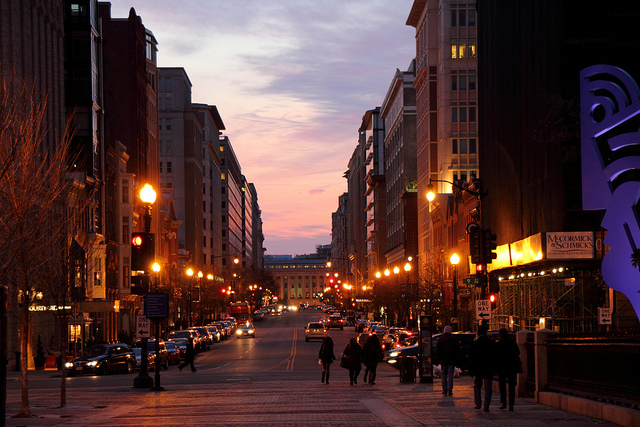 I wanted to make people aware of something that happened last night and to thank MPD for their quick response.

Around 1:00am last night, I was walking home on the 1000 block of F Street NE after parking my car around the block. At the intersection of 10th and F Street NE, I noticed a Honda Civic slow down alongside me. I first thought I was about to be robbed, but the driver began sort of catcalling. (“Hello…you look pretty.”) The driver asked if I needed any help, I responded no and asked him to drive on. Instead, the driver then put on his hazards and began driving back and forth on the block, U-turning at the intersections on both sides. During this, I stopped walking because I didn’t want the driver to know where I lived and possibly approach me while I was unlocking my door. I then told the driver that I would call the police if he didn’t drive away. He got a little agitated at this, saying “there’s no need to call the police. Just talk to me.” So I immediately called 911.

While I was on the phone with the dispatcher, I saw that the driver was slowed down during one U-turn by oncoming traffic, so I hightailed it to my house and entered before he could try to see where I was. I could see from out a window that the driver continued to go back and forth on the block a couple times.

A police unit was dispatched to my block before I was even off the phone with the 911 dispatcher, within 3-5 minutes of dialing 911, which I believe scared off this driver. This is the fastest response time I think can reasonably be achieved, and I want to commend the DCPD for their immediate response. The police officer I spoke to thanked me for reporting this and agreed that the driver was behaving suspiciously. Another police unit was arriving at the scene while I talked with the officer. It was very evident that DCPD took my 911 call extremely seriously, and despite the situation leading to my 911 call, their prompt response helped me regain a sense of safety and security after the incident.

I also want readers, especially females, to remember to be on alert when walking home and don’t be afraid to call the police when they feel threatened by this type of harassment. Living in the city, I’ve grown to ignore being catcalled, but this time I genuinely feared whether this man would follow me into my house.”

Read more →
More Stories
Photos from PoPville – Rolling and Rolling in the RainAnyone Else Having Trouble with their DC Tax forms?