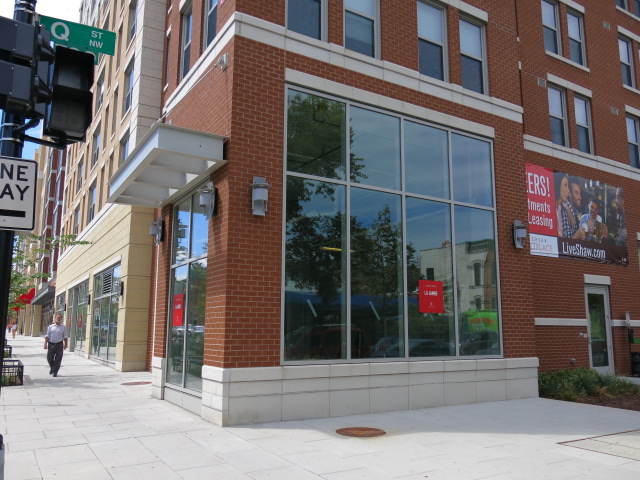 I live over in Shaw and drive/walk by the space at the Jefferson (next to Dacha) where La Jambe is supposedly going in. I haven’t seen any updates to the space in at least 6 months and was curious if the new place has been called off or if anything is on the horizon (the La Jambe signage is still on the windows). Fingers crossed that something good comes of the space because it’d be great to have another awesome place on 7th St.”

La Jambe tells me via email:

“The quick update is that we’re waiting on final permits from the city to start our build-out. Everything is in place and ready to go when that happens (we’re hoping in the next week or two). I think the snow slowed things down a bit, not surprisingly. More broadly, we’re aiming to open in early May.”

14th and Fairmont St, NW “Dear PoPville, The whole complex has chain link fencing around it and all of the first floor windows are boarded up. People were living there…