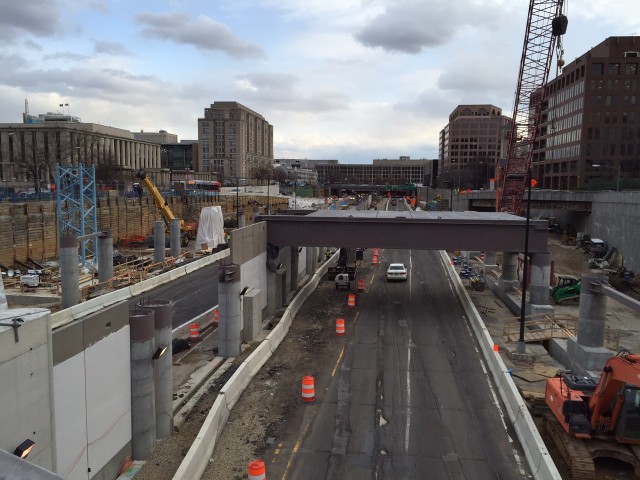 “The installation of the first steel beam signifies the start of a new phase of construction that will cover the highway and lay the foundation for a project unlike anything we’ve seen in this city before. Capitol Crossing is already creating jobs, spurring economic growth and writing the next chapter of a brighter future for the city,” said Bob Braunohler, Regional Vice President of Property Group Partners.

By re-connecting Capitol Hill and East End—currently divided by the I-395 Center Leg Freeway—Capitol Crossing is restoring the area to the original L’Enfant Plan. Capitol Crossing will create three new city blocks supporting 2.2 million square feet of mixed-use space in five buildings. The project is supporting 4,000 construction jobs, and—once completed—there will be an estimated 10,000 employees and residents in the five buildings.

The highway deck is expected to be completed by the end of the year with groundbreaking on the first building, 200 Massachusetts Avenue, NW expected to begin in Fall 2016.” 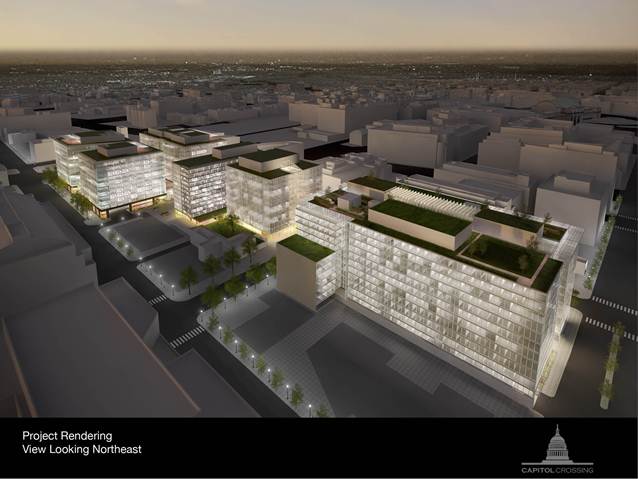