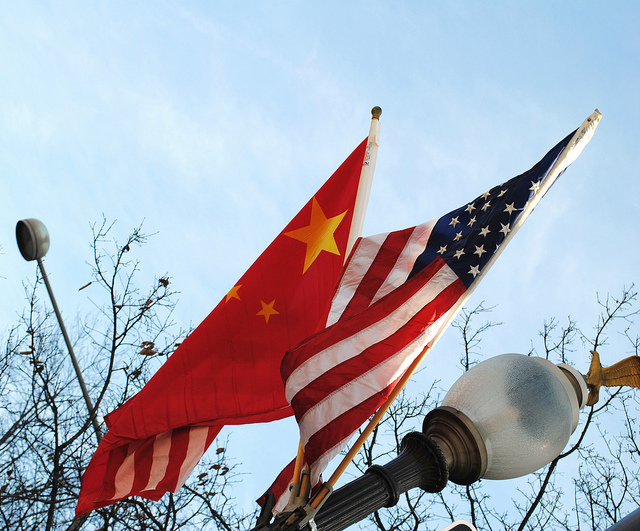 “Mayor Muriel Bowser will lead a District delegation on an economic development mission to China from November 7th-14th. The goal of the trip is to increase investment in the District; highlight ongoing and emerging partnerships between industries in DC, Beijing and Shanghai; and create more pathways to the middle class for District residents.

“This mission will demonstrate to our partners in China that the District is a thriving economy and a great investment,” said Mayor Bowser. “Our delegation represents the best of the nation’s capital, and we have an opportunity to both strengthen ties abroad and create more pathways to the middle class here at home. Our goal is to attract more direct foreign investment, generate jobs for DC residents, further diversify our local economy, and bolster tourism in the nation’s capital.”

Mayor Bowser will be accompanied by other District officials, including Ward 2 Council member Jack Evans and Deputy Mayor for Planning and Economic Development Brian Kenner. The delegation will also include leaders from Georgetown University, Children’s Medical Center, Federal City Council, DC Chamber of Commerce, Greater Washington Board of Trade, Destination DC, and the DC Economic Partnership. Collectively, the delegation represents the strength and diversity of the District’s economy, and demonstrates that DC is a global leader in innovation, international trade and development.

During the mission, the Mayor’s team will discuss District investment opportunities with Chinese officials and businesses, and will strengthen partnerships around economic development, trade, innovation, education and tourism.

The trip will begin in Beijing, where Mayor Bowser and her team will meet with Chinese businesses and government officials, including the Mayor of Beijing, to extend our Sister City agreement and discuss bilateral investment opportunities and continued collaboration between Chinese and U.S. startups. The Mayor will meet with U.S. Ambassador Max Baucus about U.S. diplomacy in China and economic opportunities for District businesses in Asia.

Mayor Bowser will then visit Shanghai, where she will meet with Mayor Yang Xiong and provide District real estate development firms and small businesses with an opportunity to pitch their projects and services to Chinese investors. Mayor Bowser will also participate in 1776’s Challenge Cup, where Chinese startups will pitch their innovative solutions to address challenges in the education, energy, sustainability, health, and transportation sectors.

This trip is part of the Bowser Administration’s continued efforts to build on the relationships that have been fostered between District businesses, academic and health institutions and China. The delegation is focused on attracting additional foreign direct investment in the District, inviting Chinese companies to invest in DC’s underserved communities, and create new partnership agreements between DC-based health and education institutions and China-based universities.

In addition to Mayor Bowser, the District’s delegation are:

· Jeff DeWitt, Chief Financial Officer for the District of Columbia

Additional members of the District’s delegation from the private and non-profit sectors are:

For more information on the DC China Center, visit dcchinacenter.org.”