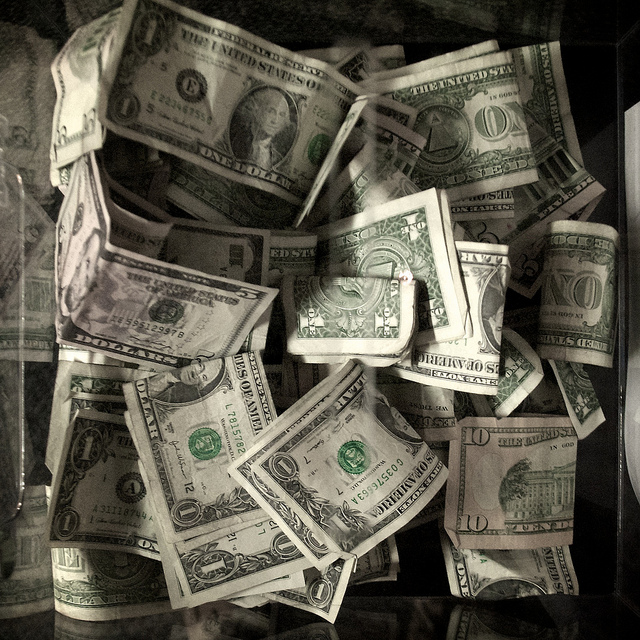 “This morning I was in my favorite little coffee shop (Cafe Grande) on K Street between 17 and 18th and a guy came in with the “$20 for two $10’s” scam. He’s a hunched over, African-American man who is probably 5’4” wearing a red jacket and a grey hat. Having read about that here I told him to go away but he convinced the woman at the register to “make the change” for him. I watched him as he pocketed the $20 and started screaming at her “for only giving him $1.” I stepped in – as did a couple of other patrons – saying “this is a scam, don’t worry you gave him a $20.” He got very vocal and started yelling at us, saying we were trying to take money from a homeless man, etc. The cashier (who had limited English and was very upset by the entire situation) threatened to call the police at which point he walked out. Just wanted to give people working in the area the heads up!”

More Stories
Random Reader Rant and/or RevelPhenomenal Photos of “Catharsis on the Mall: A Vigil for Healing the Drug War”