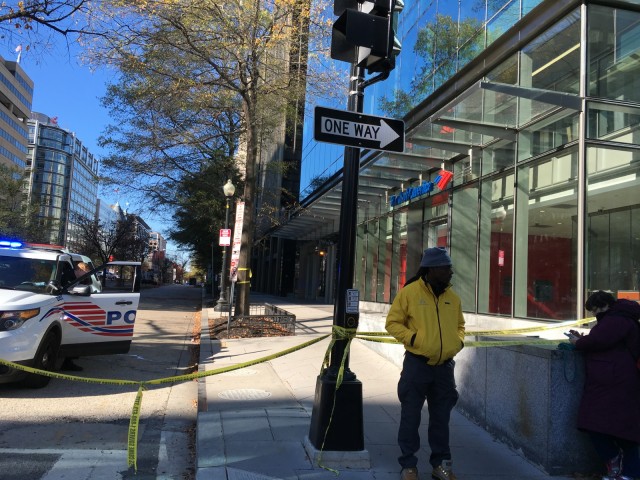 “The Metropolitan Police Department successfully and peacefully concluded a barricade situation that took place in the 1900 block of K Street, Northwest on November 16, 2015.

MPD members were alerted to an adult female in crisis (threatening harm to herself and others) at approximately 12:19 am. Upon members’ arrival, the female subject discharged a firearm, and a barricade situation was declared.

At approximately 10:30 am, the barricade incident concluded with the subject surrendering to police.

The subject has been identified as 31-year-old Sophia Dalke of Springfield, Virginia. She has been charged with Assault on a Police Officer While Armed.”