Ed. Note: PoP-Ed. posts are received unsolicited. If you have an issue you’d like to discuss please email [email protected] 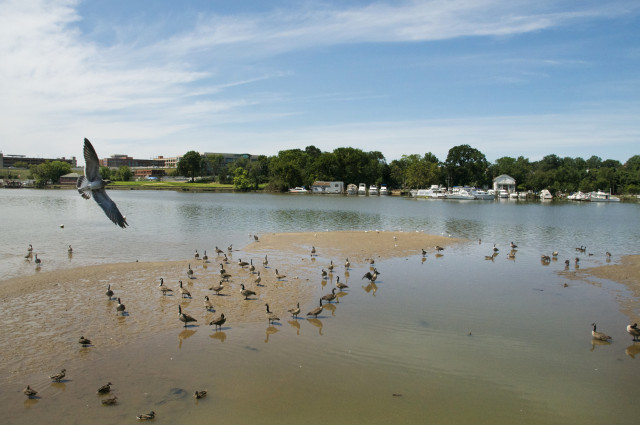 “The National Park Service announced last week that it plans to close the Buzzard Point Marina, on the Anacostia River near its confluence with the Potomac. The 58 people who have docked their boats at the marina’s slips, some for many years, are understandably dismayed.

What I found most interesting was the National Park Service’s comment, according to the < a href="https://www.washingtonpost.com/local/buzzard-point-marina-to-close-in-december-after-half-a-century-of-use/2015/09/03/ef35c4c2-5288-11e5-933e-7d06c647a395_story.html" target="_Blank">Washington Post story, that it “will study other recreational opportunities on the Anacostia River.” I am cautiously optimistic that this is true, and that because of it, the closing of the marina ultimately might turn out to be a good thing.

In an era of shrinking appropriations from Congress, the National Park Service needs to conserve scarce funds and, the sad truth is, the Buzzard Point Marina is a casualty of these constraints. Fortunately, there is strong demand coming from the community for a new vision for the Anacostia Waterfront and broad support for improving access from the numerous organizations responsible for its administration.

As a person who has spent much of the last 20 years working in and around the Anacostia, I have experienced firsthand the need for kayaking, canoeing, rowing, sailing and other water based recreation on the river. While the loss of the Buzzard Point Marina may reduce these opportunities a little, it could also allow the National Park Service to redirect resources toward expanding water-based recreation upstream as part of the Anacostia Park experience.

I implore the National Park Service to use this opportunity to invest in the future of “upstream” communities near the Anacostia in Wards 5, 6, 7, and 8 by providing not only additional water recreation, but additional park-based recreation as well. Anacostia and Kenilworth Parks are huge, and not nearly as well programmed as they should be. Such a pledge could also spur action by others to finally address the lingering environmental problems preventing DC residents from swimming, fishing, boating, and playing in their own public backyard.

Legacy toxins from past industrial use, some carcinogenic, hide untreated in the riverbed, and each fresh rain washes tons of chemicals from roads, parking lots, and other hardscapes into the Anacostia. Unless these sources of pollution are finally addressed, and it will require the efforts of more than the National Park Service, then expanding recreation access will only go so far.

Now that we know Buzzard Point Marina will close in December, all of us who are committed to the future of the Anacostia Waterfront must redouble our efforts to create new ways for the community to engage with the river and complete the important environmental work that remains.”

Read more →
More Stories
From the Forum – Brookland Wikipedia Edit-A-Thon at Catholic University!Today’s Rental is a 3 bed/3.5 bath for $3200 in Takoma