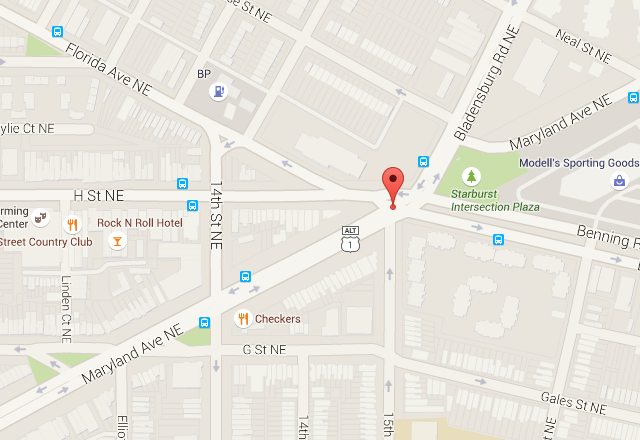 From MPD just before 1pm:

Another reader reports it may have been at or near the Safeway at Benning and 17th St, NE. Updates when more is known.

Update: MPD public affairs says shooting was in the 800 block of Bladensburg and an adult female was shot in the buttocks.

“On Wednesday, September 9, 2015, at approximately 1230 hours, gunshots were heard in the 1600 Block Benning Road NE. A person ran when they heard the gunshots and at one point they were believed to be struck by a bullet in the lower extremities. The victim made there was to 845 Bladensburg Rd NE where police responded and an ambulance took them to the hospital. MPD closed portions of Hechinger Mall, Starburst Plaza and CVS to conduct an investigation.

Currently this case is being investigated by the Fifth District Detectives.