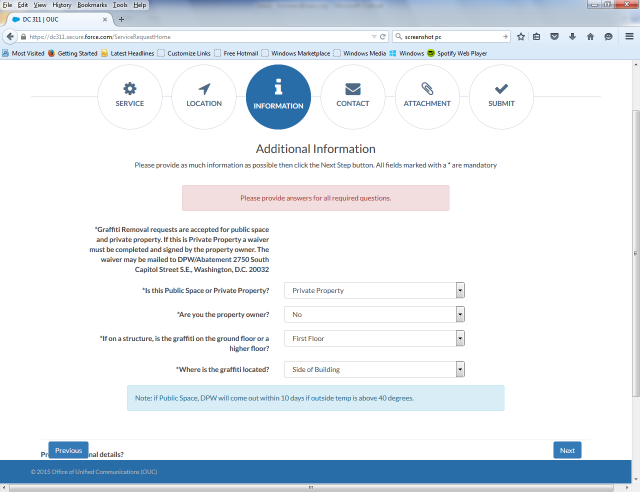 Update from OP: “Thanks for posting the story. Within four hours of the posting, the 311 site was fixed.”

With the uptick in crime in Columbia Heights, many attributing it to gangs, I’ve been trying to report graffiti on at 1023 Fairmont St., NW to the city though the 311 system. But every time I report it the system keeps failing. I know that the call center wants people to use the online system, but when it fails, there is no recourse other than taking up someone’s time on the phone. Have others found the online system to not let people report issues?”