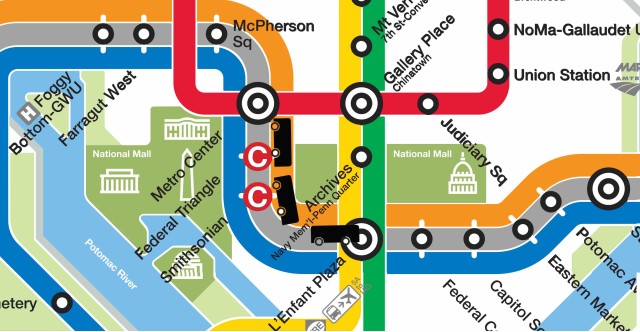 “Metro has restored limited rail service using a single track between McPherson Square and Federal Center SW stations. The restoration of service follows the successful re-railing of two railcars from the non-passenger train that derailed this morning at a switch location outside Smithsonian.

Trains will operate as follows: