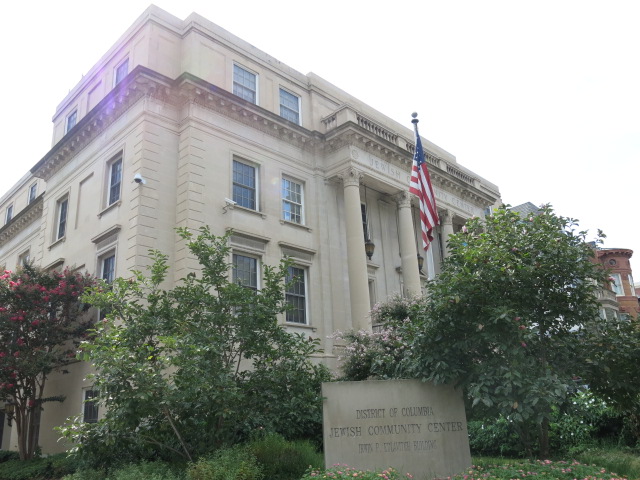 “Marking seventy years since the Allied victory over the Nazis, the Washington DCJCC (1529 16th Street NW) will be hosting a series of film screenings on Sunday, August 16. The critically acclaimed series, which includes four gripping films set around the Second World War, is a product of BBC Worldwide North America and each motion picture is based on a true story.

The ninety-minute films are free and open to the public, and come as part of the Washington DCJCC’s comprehensive year-round film program.

The showcase begins at 12:15 PM with the screening of “Hitler on Trial” which follows a Jewish lawyer who forces Hitler to testify in a 1931 trial regarding the rising violence of the Nazi Party.

At 2:15 PM, the event continues with “Castles in the Sky”- the untold story of Robert Watson Watt, his team of unknown British scientists, and their fight to invent the Radar in the mid 1930s. The sensor system was integral in the Hitler’s eventual defeat.

Thereafter, attendees will have the opportunity to view the esteemed drama, “Copenhagen,” at 4:15 PM. The film stars Daniel Craig as Germany’s Werner Heisenberg and Stephen Rea as Denmark’s Niels Boar. The two brilliant physicists and longtime friends find themselves on opposite sides of World War II in the remake of Michael Frayn’s Tony Award-winning stage play.

The commemoration concludes with the screening of “Wodehouse in Exile” at 6:15 PM. British Author PG Wodehouse faces charges of treason during World War II in this star-studded tale of realpolitik. The film follows this quintessential Englishman, creator of Jeeves and Wooster, as he becomes an exile from his own country, never to set foot on English soil again.

To view previews of the four films, click here.

What: Full day of films commemorating 70th anniversary of the end of World War II