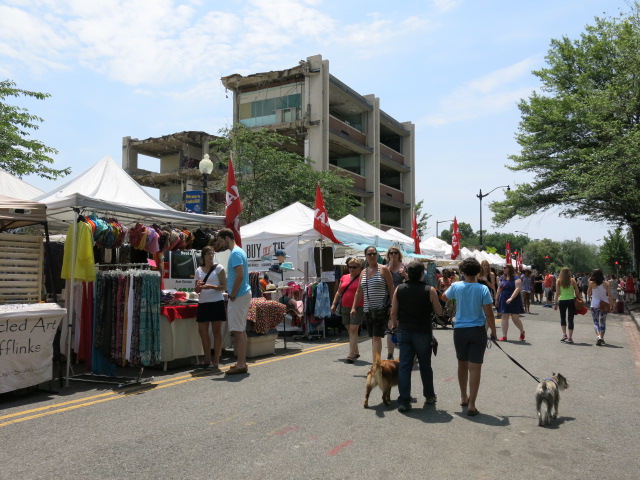 It is with great sadness that I received the news that the city plans to take over the Flea at Eastern Market that Mike Berman and Diverse Managements, LLC have spent years creating and running smoothly.

Mr. Berman and his team have put their hearts and souls into this weekly market. They’ve created an amazing weekly gathering of the city’s most vibrant, diverse, and talented vendors. They have survived many challenges in over 30 years to do this. All the while, Mr.Berman and his team have shown the utmost concern and fairness to all their vendors. Many years of honorable service and fairness are being ignored by the Department of General Services’ decision to terminate Mr.Berman’s contract.

In what way can the city justify suddenly seizing the creation and livelihood of Mr. Berman and the 15 people he currently employs?

They have been given notice that in two months, the City will be the running their section of the market. The members of Mr.Berman’s team have been involved with the market from the beginning. For many of them, it is their life’s work. For decades, the weekly market has been their livelihood. I’m sorry to overuse that word, but there is no other way to put it. These people have given so much to this market and now everything they have built is being taken from them. Imagine working somewhere for over 30 years and doing a great job at it and then suddenly being told that in two months, your position is being taken. Is this the way that the city wants to treat the people who have spent their lives creating the Flea at Eastern Market, an institution that does nothing but benefit the community (through incubating small businesses, bringing people together, supporting local farms and artists, outreach for the homeless, etc)?

Management of the 300 block of 7th Streetmay offer a slight revenue increase to the currently city run Eastern Market, but it is taking away an entire world for the hard-working people who have made this market what it is today.

The decision from the Department of General Services has come with no warning at all. Mr.Berman and his vendors have just survived an incredibly challenging displacement by the Hines School development project. Mr.Berman and his team were able to engineer the best layout and logistical strategy to protect and maintain the livelihood of the vendors that have been under his management for many years. This was not easy and now that the hard-work has been done, the city has announced its seizure.

At best, this is a very thoughtless and irresponsible move by the DGS. But to many, it feels much worse.

I do not believe that my city is this immoral.