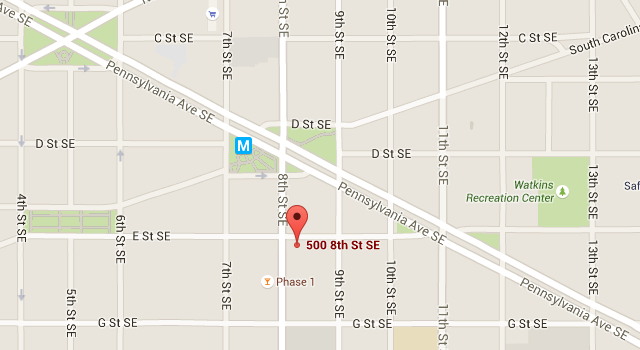 “While I was riding my bike home to Eastern Market from my gym at Navy Yard around 8:15 this [Monday] morning, a man walked out into the middle of the street in front of my bike. He had this crazy look on his face and he stared at me intently as he walked out into the street in front of me. I slowed down and tried to maneuver around him, but he lunged at me as though he was going to hurt me or pull me off of my bike.

I screamed at him and tried to ride the other way and sideswiped a car, which was stopped because the crazy man and I were in the middle of the street. Thankfully I was able to get away unharmed. I reported the incident to metro police, and I spoke with one of the officers who patrols in the area, and he said that he would look out.

If you’re riding in that area, please stay extra alert! I’m concerned because there have been other recent reports of people being attacked on their bikes (a pregnant woman was stabbed in the arm on her bike in SE about a month ago). I usually choose to ride on Barracks Row because there are lots of people around. I will probably avoid that street from now on and take a different route.”

Read more →
More Stories
Photos from PoPville – Street Sign/Art Alterations“we’ve gotten the help of a lawyer to terminate our contract and start the process of getting our money (and cabinetry held hostage!) back”