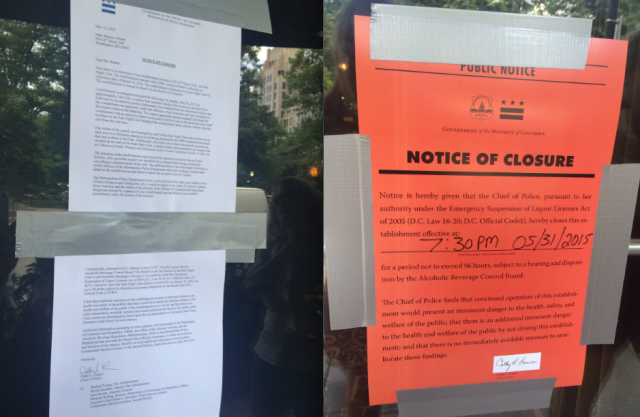 “Walked by The Park at 14th around lunch time and these signs were on their window. Hopefully you can read the letter! It says that their liquor license has been suspended because there was an assault in their bathrooms at 2:40am on the 31st. The employees tried to cover up the assault by escorting the victim out the back door, cleaning the bathroom and then failed to report the incident to 911 or the MPD officers that were assigned to the club.”

Unfortunately I couldn’t read the text of the letter but another reader confirms on twitter: