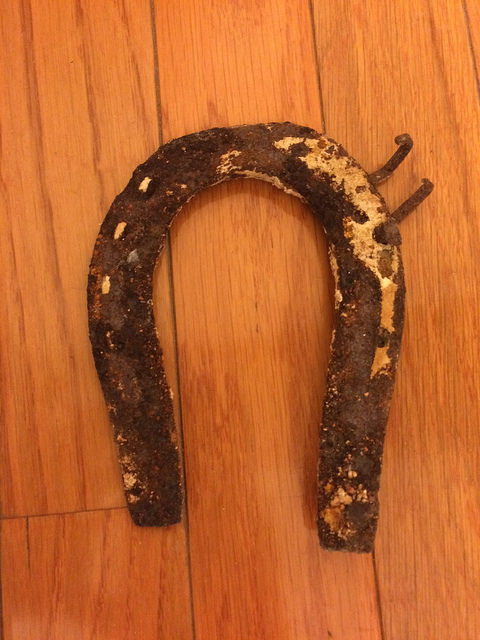 If you have a photo of a neat find from your house or place of work please send an email to princeofpetworth(at)gmail.com thanks. To those who have I sent – I promise I’m working through the queue!

A reader sends in from Chateau Du Sherm:

“While doing some work in the crawlspace of my 1911 rowhouse on Sherman Ave, I found a couple of interesting items (among many uninteresting ones) that I thought I’d share.

The first is a “Try-Me” soda bottle. The side of the bottle says “Drink Try-Me Beverages,” and the bottom says “Washington, DC Patented April 24, 1924.”

This website had some interesting history on the company. In particular, it notes the following about Try-Me: “A flavored beverage manufacturer, the company flourished from around 1924 to 1956, primarily in the southeast but also as far west as Oklahoma and as far north as New York State. Its headquarters ultimately were located at 1345 Florida Avenue NE, Washington, DC.”

I also found an old horseshoe, and not the kind used in the game. This one is quite small compared to the ones you throw, still has nails protruding from it, and is extremely worn on one side.” 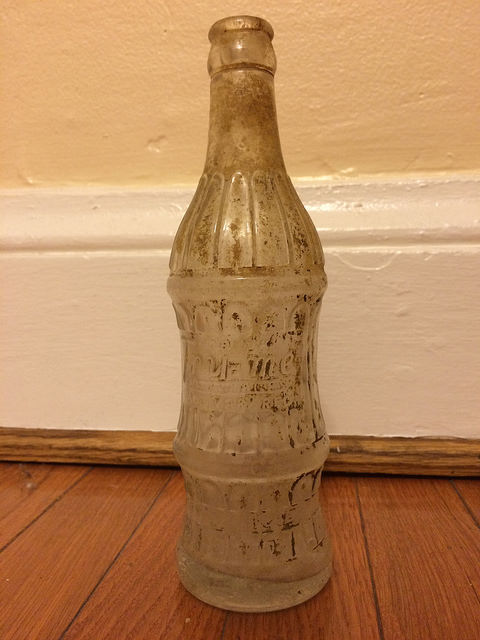 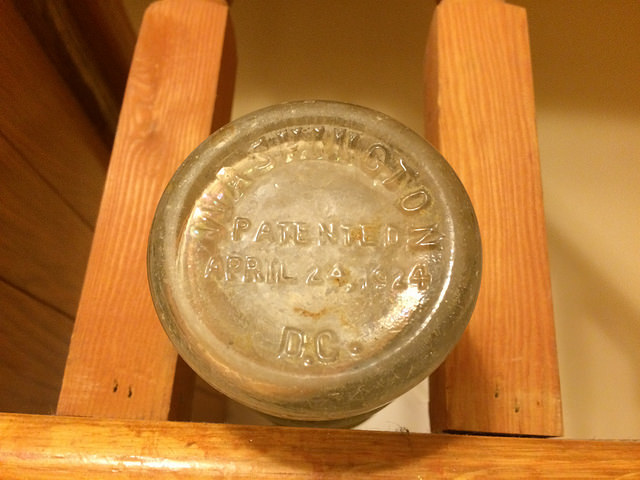